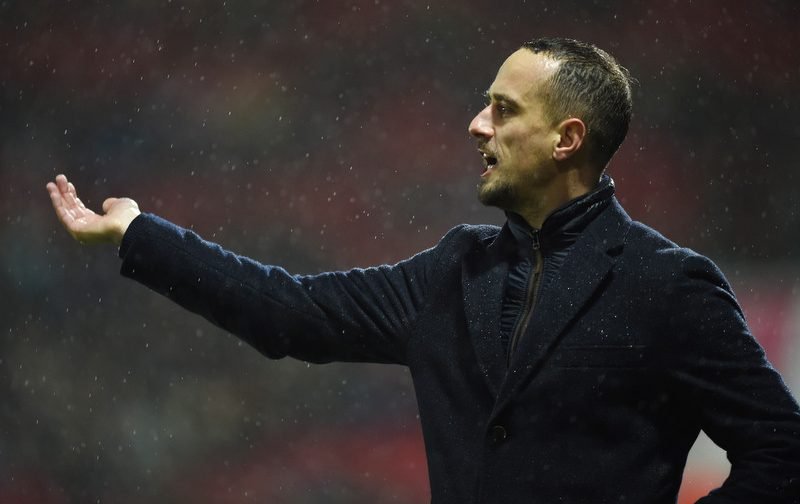 Mark Sampson will name his Lionesses squad for Euro 2017 on Monday – giving them a full three months to prepare for the tournament.

“This is the moment when it starts to get exciting and get a bit real,” the England manager told Shoot!.

“We’ve put a lot of hard work in over the last three years, and come Monday we can draw a line under that and raise the bar even further. Naming the squad on Monday gives us an opportunity to really work harder than we ever have done prior to when we meet up in June, and make sure we’ve got better players and a better team prior to the start of this tournament in July.”

Sampson has often spoken of the importance of togetherness within his squads – and made “team of 23” one of his catchphrases during the bronze medal campaign at the 2015 Women’s World Cup.

“One of the reasons we’re naming the squad early is not just to look for the same thing again, but to raise the bar in that area,” he said. “We’ve seen that over the last two years – the team have grown closer, you always grow closer when you share experiences together, good and bad. We’ll be in the position this summer that that area of our team will be strong, and we go into the tournament with the focus of being the most together team at the European Championships.”

The early announcement may come as a surprise to some – the WSL1 Spring Series does not kick off until mid-April, meaning that players might play themselves into form but still not make it into the England squad. Sampson is sanguine.

“The players have had a two-year window of opportunity to put their hand up for selection,” he said. “There’s been a number of games since the World Cup, and prior to that, and every time a player plays a game, we gather evidence and we add that to our folder. It’s about gathering that evidence and making decisions based on that, and on our feelings, on who are the players who will help us win in the summer. We’re in a position now where we’re really clear on what it will take to win, and who are the right type of people we need to help us achieve that goal.”

The likes of Manchester City’s highly-rated youngster Georgia Stanway and new Arsenal signing Beth Mead had been touted for possible surprise inclusions – springing the same kind of x-factor that Chelsea’s Fran Kirby managed in Canada two years ago. Sampson won’t confirm or even hint at any squad decisions prior to Monday

“The most important thing is we feel we’ve made the right calls for the team, and we’ve got a group of women going to the tournament in the summer who I’m confident that given the right opportunity can win the event – and that’s the focus.”

England play Italy and then Austria in April.