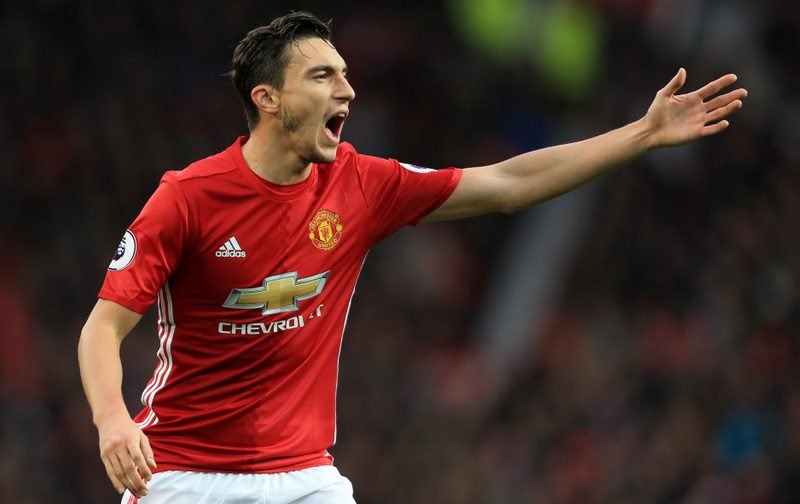 Italy international defender Matteo Darmian has denied that he is looking to leave Manchester United, according to ESPN.

The Premier League side, who defeated Tottenham 1-0 at Old Trafford on Sunday to stay sixth in the English top-flight standings, have been linked with offloading the full-back during the upcoming January transfer window.

The 27-year-old, who has 27 international caps for his country and featured for Italy at Euro 2016 earlier this summer, has been restricted to nine appearances in all competitions for the Red Devils so far this season.

However Darmian, who arrived at Old Trafford back in July 2015 following his reported £12.7m switch from Serie A outfit Torino, has started United’s last six Premier League outings, starring at left-back due to Luke Shaw’s injury problems, despite being a predominant right-back.

But despite being behind Antonio Valencia in the pecking order for his preferred position, Darmian is happy at The Theatre of Dreams and ready to play anywhere under manager Jose Mourinho.

He said, “I play for one of the biggest clubs in the world so I’m happy.

“I listen and read about the transfer but I don’t know anything.

“At the moment, nothing is true. I will continue to do my job and want to stay here.”