Michael Carrick is understood to have no plans on leaving Manchester United at the end of the current 2017-18 campaign, according to ESPN FC.

The 36-year-old, who arrived at Old Trafford back in July 2006 following his reported £18.6m switch from Premier League rivals Tottenham Hotspur, has had a flurry of clubs enquire about his availability, due to the midfielder’s lack of first-team action at Old Trafford.

Carrick, who has also earned 34 international caps for England, has made just one appearance in all competitions for Jose Mourinho’s Red Devils so far this season – captaining United to a 4-1 victory over Burton Albion in the League Cup back in September.

The report suggests top-flight clubs Leicester City and West Bromwich Albion, as well as Championship side Aston Villa, are interested in snapping up the Three Lions international, who is currently recovering from a calf injury. 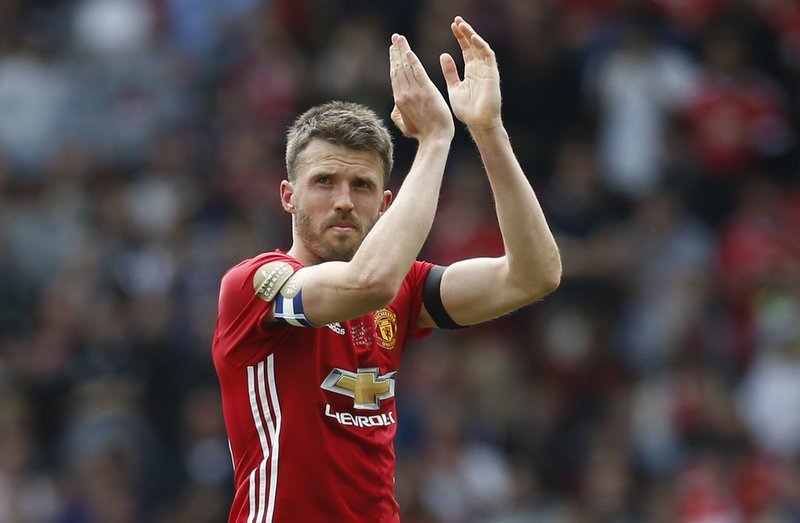 However, the report suggests the central midfielder has no intentions to leave The Theatre of Dreams come next summer, despite his playing contract running out in June 2018.

Carrick has been coaching the club’s Under-14 squad as he looks to gain his coaching badges, indicating a coaching career following his eventual retirement.

He has scored 23 goals in 460 appearances overall for United, lifting five Premier League titles, three League Cups, the FA Cup, the UEFA Champions and the UEFA Europa League, among other honours.