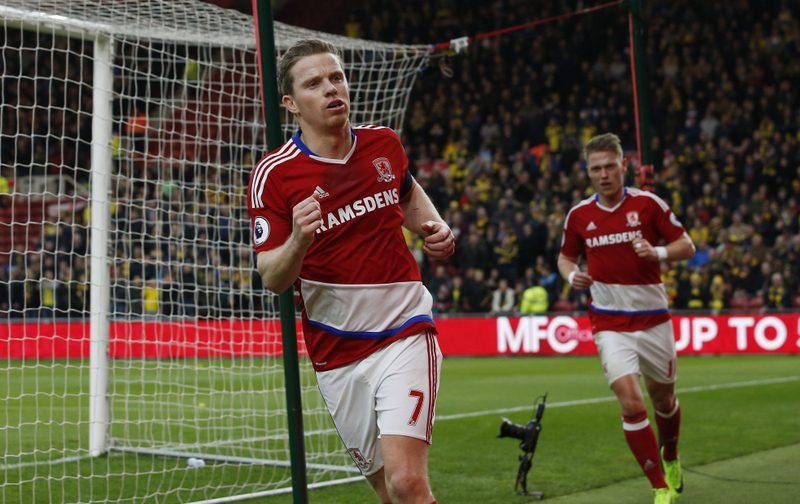 Middlesbrough look set for a showdown with the FA after the Teesiders failed to wear the correct shirts for the third FA Cup game in a row, opting to wear a kit adorned with Premier League badges instead of the required FA Cup ones, reports The Sun.

Aitor Karanka’s side face Huddersfield Town or Manchester City in the next round at the Riverside after defeating Oxford United 3-2 in the last round thanks to a late Cristhian Stuani winner, although their victory has been tempered somewhat by the news The FA are considering action over Boro wearing the wrong kit.

When Boro defeated Sheffield Wednesday in the previous round, they wore the same kit as they did against Oxford, one sporting Premier League badges.

The issue is the game against Oxford was televised and FA rules require teams playing in the competition whose games are featured on television must wear FA Cup badges, something Boro failed to do.