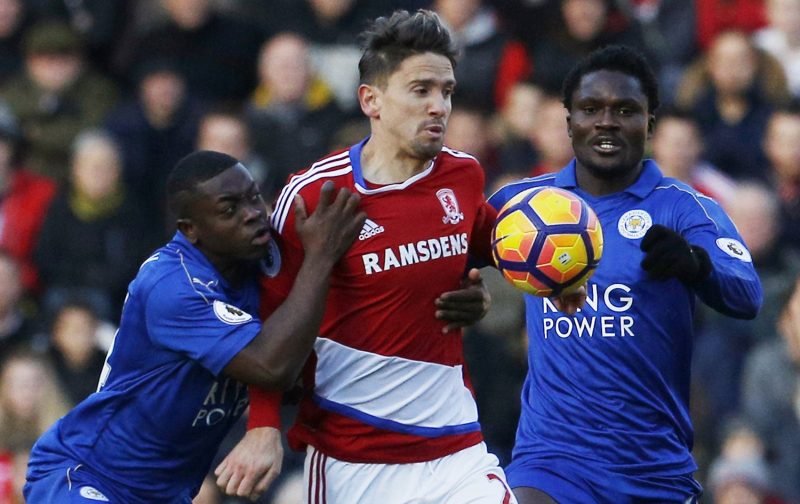 Aitor Karanka has a fight on his hands to keep hold of Uruguayan midfielder Gaston Ramirez this Summer with Liverpool already preparing to take him to Anfield according to reports from Italian website Tuttomercatoweb.com.

Middlesbrough rejected an offer from Leicester City for the 26 year-old during the transfer window despite the former Southampton man reportedly handing in a transfer request.

Ramirez has linked up with his team mates at a training camp in Spain and Boro seem determined to keep hold of their wantaway star, who first joined the club on loan from Southampton following an earlier loan move to Hull City.

“He is and he will be an important player in this team and he knows that.

Ramirez has been out with an injury during the last four games, which have seen Boro slip down the table, after picking up two draws and a further two losses in that period. If last season’s Championship runners up are to avoid relegation this season they need Ramirez focused on the job in hand, not having his head turned by a potential move to Anfield or anywhere else.

With just one point separating Karanka’s side from the bottom three in the Premier League now more than ever is the time for unity among his squad.