Middlesbrough fans react as Jonathan Woodgate returns to the Riverside 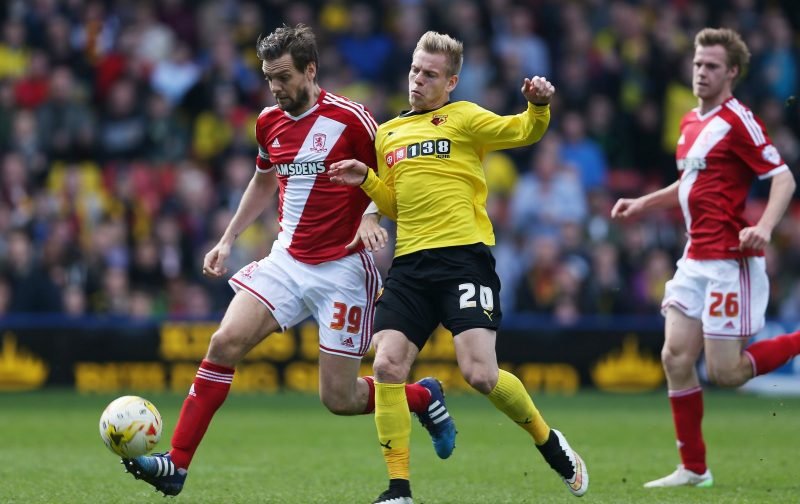 If Middlesbrough do go down this season, there’s every chance it won’t be without a fight.

That’s because the club have made several backroom changes to try and address the run which saw them lose three games on the spin and fail to win a league game in 2017 – the latest change being the return of former defender Jonathan Woodgate, who’s replaced Carlos Cachada as first team coach at the Riverside Stadium.

Woodgate made over 50 appearances for Middlesbrough between 2006 and 2008 after leaving the club as a youngster for Leeds United in 1996, and he was back at the Riverside again once again in 2012 following spells at Newcastle, Real Madrid, Tottenham, and Stoke City.

It’s hoped his return can complement Steve Agnew’s appointment as head coach, and move the club out of the bottom three in the Premier League table.

And, unsurprisingly, Middlesbrough fans have been giving their reaction on social media to the news that Woodgate has left Liverpool’s coaching staff, and will thus be returning to the club for the fourth time in his career…

1/2 Whether you agree with Agnew/Woodgate/Jenkins etc – these are people with a real affinity to the club. They want what we want…#boro

Downing n Woodgate having the run of the place is a knife straight into Karanka’s back. He chased JW out of the club for a reason #boro #utb

@Boro going down like a stone in a lake

@PaddyReynard @Boro we have been since Christmas to be fair