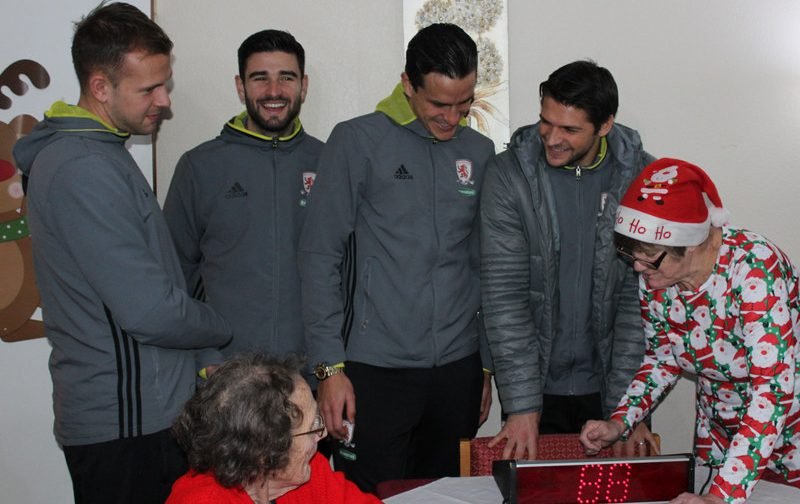 Middlesbrough players swapped a football for bingo balls when they visited a Teesside care home.

The Premier League aces called the numbers at Mandale House Care Home, in Stockton on Tees, to spread the festive cheer.

George Friend, Jordan Rhodes, Antonio Barragan and Bernardo Espinosa were given a demo by activities coordinator Pearl Robinson before they took turns with the draw.

The Boro players also signed posters of the first-team for residents and donated a signed shirt.

Christine Reason, Home Manager at Mandale House Care Home, said, “The players spent an hour at the home, playing games and chatting with the residents.

“We can’t thank them enough for visiting and calling the numbers at the Christmas bingo game.

“It was great fun seeing them swap the football for bingo balls.”

Christine added, “We have been working closely with the Middlesbrough Football Club Community Foundation throughout the year and a huge thank you goes to them for organising the visit.

“We are very much looking forward to working with them again throughout 2017.”