Arsenal are reportedly closing in on the midfield signings of Lucas Torreira and Mattéo Guendouzi, according to Sky Sports.

The Premier League side, who brought in three players so far this summer transfer window – right-back Stephan Lichtsteiner (Juventus), goalkeeper Bernd Leno (Bayer Leverkusen) and defender Sokratis Papastathopoulos (Borussia Dortmund) – have been strongly linked with further strengthening their squad this week, with the additions of the Sampdoria and FC Lorient stars.

Torreira, 22, who has eight international caps for Uruguay, scored four goals and provided an assist in 38 appearances in all competitions for Serie A outfit Sampdoria last season.

He featured in every game this summer during Uruguay’s run at the 2018 FIFA World Cup finals in Russia, before they were knocked out by France in the quarter-finals. 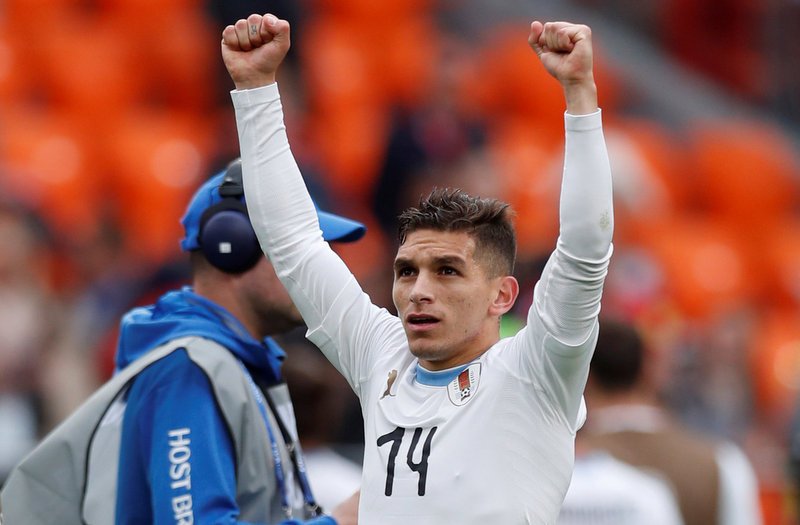 Meanwhile Guendouzi, 19, also a defensive midfielder, made 21 first-team outings for Ligue 2 side Lorient last term, and is a France Under-20 international.

The report claims the two player will undergo medicals this week with The Gunners, as the club closes in our their fourth and fifth summer signings under new manager Unai Emery.

Torreira’s transfer is expected to cost around £26m, whilst Guendouzi will setback Arsenal £8m.