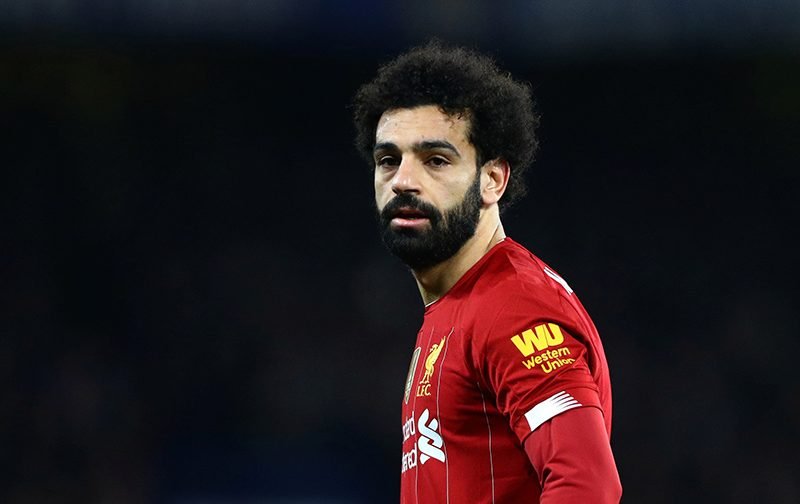 To take an additional step closer to achieving that dream, Jurgen Klopp’s side will have to get themselves out of their ‘mini rut’ which has seen them lose three of their last four matches in all competitions.

Monday’s FA Cup exit at Chelsea followed their first Premier League defeat of the season at Watford last weekend and – prior to a 3-2 win over West Ham – a 1-0 defeat at Atletico Madrid in their first-leg Champions League last-16 tie.

The Reds and their famous front-three of Mohamed Salah, Roberto Firmino and Sadio Mane have also failed to net in any of those three defeats.

But their Egyptian superstar will be confident of scoring again Saturday lunchtime having netted seven times in five appearances for the Reds against Bournemouth. 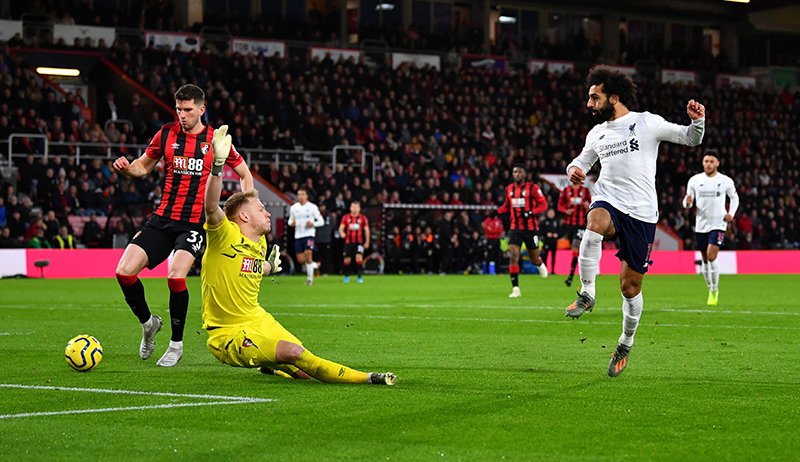 Salah scoring in Liverpool’s 3-0 win at Bournemouth in December.

This means that the 27-year-old strikes against Eddie Howe’s side once more he will extend a Premier League record of having a 100% record of scoring in every match against the same opposition having faced them at least five times.

As stated on premierleague.com, Salah boasts this achievement alongside Burnley striker Chris Wood, who has scored six goals in his five appearances for Sean Dyche’s side against West Ham.

The Anfield forward can move out on his own this weekend, with Wood next taking on West Ham on April 18.