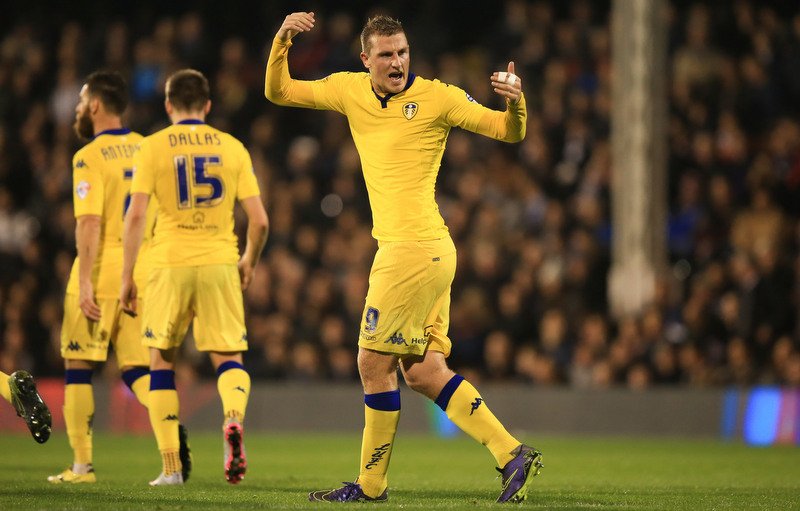 Garry Monk has shrugged aside speculation that Chris Wood could be on his way to Chinese side Tianjin Quanjian.

“I don’t pay attention to stupid speculation,” the Leeds boss told the Yorkshire Evening Post. “We focus on our jobs. All the players are committed to what we’re doing here and fully focused on going forward with us. It’s only a case of adding one or two to the squad.”

Wood’s name appeared on Friday as a Tianjin Quanjian target after they failed to convince Chelsea to release Diego Costa.

Managed by Fabio Cannavaro the Chinese side are on the look out for a physical goal getter with Wood fitting the bill perfectly.

With 19 goals to his name this season the New Zealander is finally making his mark in the game after being shunted around various Championship sides on loan.

Rather than sell Wood Monk is looking to bring in extra firepower to increase Leeds’ goalscoring options with Robbie Keane a potential signing.

Underlining his value to the team Wood scored twice in Leeds’ 3-2 win at Barnsley which keeps Monk’s side in a play-off slot, five points ahead of seventh placed Derby County but nine adrift of second placed Brighton.