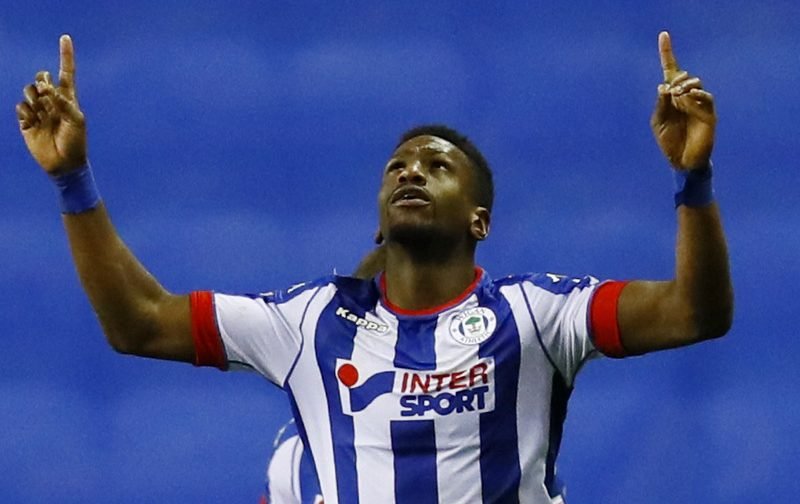 Garry Monk has refused to confirm Leeds United were in the hunt for Wigan Athletic’s new striker Omar Bogle, despite their being transfer talk indicating the manager was keen to bring him to Elland Road, reports the Yorkshire Post.

Leeds were thought to be interested in signing West Ham United’s Ashley Fletcher on a loan deal, but Hammers boss Slaven Bilic insisted his young striker wasn’t available, leaving Monk looking at other options, one of which was allegedly Grimsby Town’s Bogle, who ended up signing for The Latics.

Monk said, “We look at a number of targets.”

When asked if he’d tried to sign Bogle, the Leeds boss added, “We analyse a lot of players when they come in, from contacts and when they come across your table.

“All players come across our desk and we analyse the ones that we think are going to help us and then try and make the right decisions with taking all of those things I have just mentioned into account.

“That’s where we ended up with, with the window.”

Bogle has scored 21 goals in all competitions this 2016-17 season, including a brace on his first Wigan start in midweek.

Monk did manage to do some decent business for the club regardless of whether he missed out on Bogle, signing Alfonso Pedraza from Villareal on loan and making another loan deal for Swansea City’s Mo Barrow.

Bogle has already show his worth to Latics bagging a brace in the recent 2-2 draw with Norwich City last week.

Leeds will look to move closer to the automatic promotion spots when they host Cardiff City this afternoon.