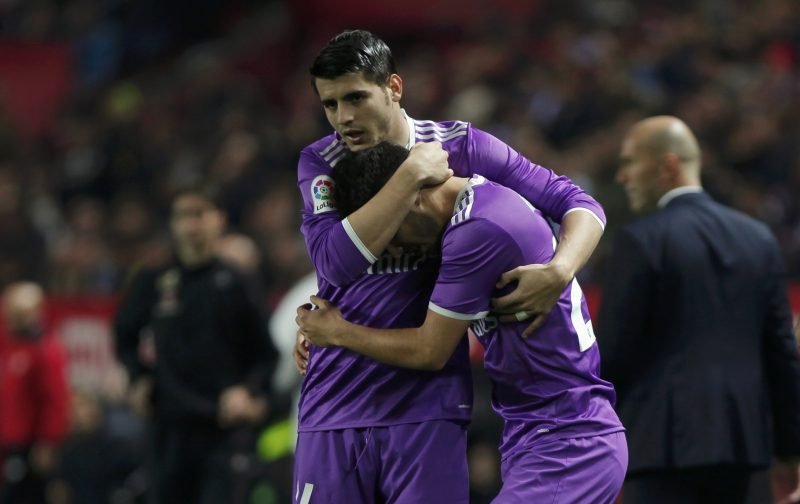 Real Madrid striker Alvaro Morata is growing increasingly unsettled in the Spanish capital and would consider a move to the Premier League, according to reports from Diario Gol.

The Spain international, who returned to the Santiago Bernabeu last summer after Zinedine Zidane’s side activated a by back clause in the deal which took him to Juventus two years prior to his return.

However, since making his return to the club with which he won Europe’s top prize in 2014, the 24-year-old has become frustrated with the lack of game time he is being given by the French manager.

According to the report, the former Juve man has become even more angered by the fact that Karim Benzema has kept his place in the starting XI despite their tough spell of form.

With tensions seemingly running high, the striker is reportedly looking for a way out, and is keen on making a switch to The Emirates and joining Arsenal.