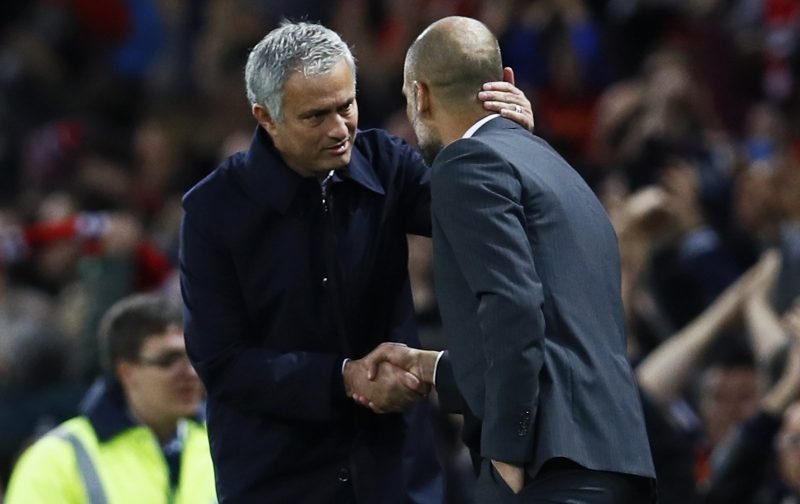 Manchester United visit neighbours City on Thursday (8pm kick-off) looking for the victory that would take them into the Premier League’s top four.

Jose Mourinho’s men took advantage of City’s participation in the FA Cup semi-finals last week to close the gap on Pep Guardiola’s side to just a point, courtesy of a 2-0 success at Burnley on Sunday.

That win, their 17th of the campaign, also extended their unbeaten league run to 23 matches, dating back to October 23, and they’ll look to maintain that fine streak at the Etihad on Thursday.

However, it won’t be easy against Guardiola’s City, who go into the clash off the back of a disappointing 2-1 loss to Arsenal in the FA Cup on Sunday, and knowing that defeat to their neighbours would dethrone them of a top four spot.

Nonetheless, City are one of just three teams to have beaten Mourinho’s United in the league this season after their victory at Old Trafford back in September, and with just one loss at the Etihad all campaign, they’ll be confident of securing the three points on Thursday.

Yet, Mourinho’s United go into this one in form, yet the Red Devils boss may be forced into a few changes given their recent fixture pile-up.

Thus, here are THREE United stars who deserve a chance against City…