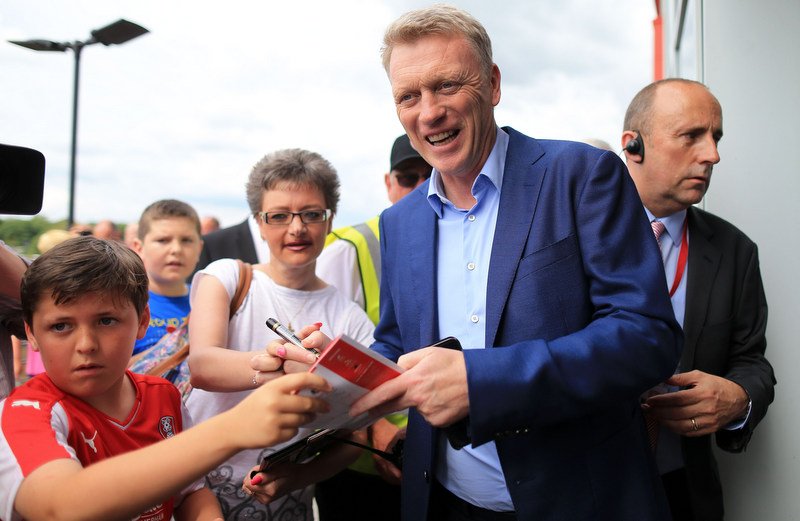 David Moyes wants to reignite Sunderland’s fighting spirit for the relegation battle ahead.

A 0-0 draw at home to Spurs didn’t do much towards the survival fight with Crystal Palace and Swansea winning the previous night.

In the transfer market attempts to bring in a striker failed to deliver with Everton duo Darron Gibson and Bryan Oviedo joining Joleon Lescott for the relegation scrap.

Moyes knew how to get Everton punching above their weight as they pushed for a top six spot over the seasons and wants that same attitude to claw the Black Cats away from the drop.

“What I now need to do is get a great team spirit here,” the Sunderland boss told The Chronicle.

“We need to build that, get a toughness, we need to make as many tackles as we did tonight, and be rugged and a bit ugly at times.

“We’re going to have to maintain that, especially against the much better teams at home.”

Although the transfer window has closed Moyes can sign a free agent with Robbie Keane the most high profile striker currently looking for a club.

Although Steven Gerrard and Frank Lampard have retired after stints in the MLS Keane has declared himself fit and is on the look out for a short term deal until the end of the season.