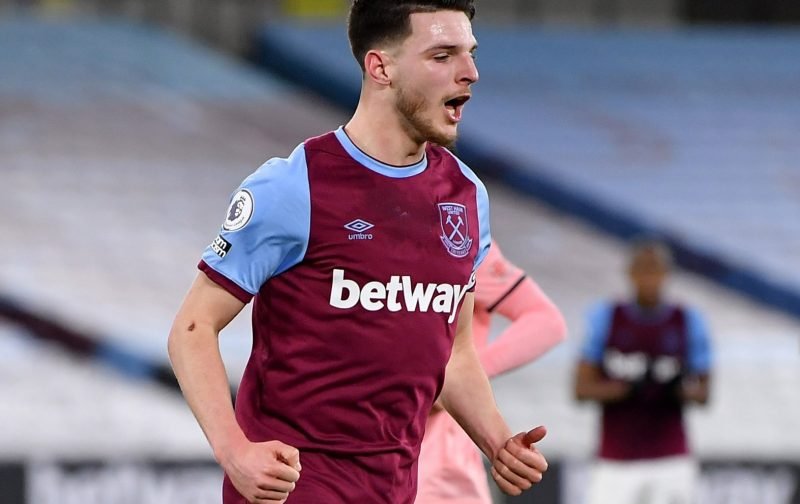 Former Manchester United and Everton boss David Moyes is working miracles in London this season, with his West Ham side well in the race for European qualification.

After 26 games played, The Hammers sit 7th on 45 points and are only two points behind Chelsea in fourth with a game in hand, while the Blues play fifth-place Everton on Monday.

This run has meant that his players have caught the eye of the country’s biggest clubs desperate to bolster their ranks, and ahead of facing Marcelo Bielsa’s Leeds this evening, Moyes has moved to put a big price on one of his key assets.

Three Lions midfielder Declan Rice is a long-term target of both Chelsea and Manchester United, but the Scottish manager told Sky Sports that he’s worth “far more than £100m.”

“I look at the players who have joined some clubs from overseas and come in and nowhere near had the impact Declan Rice would have. 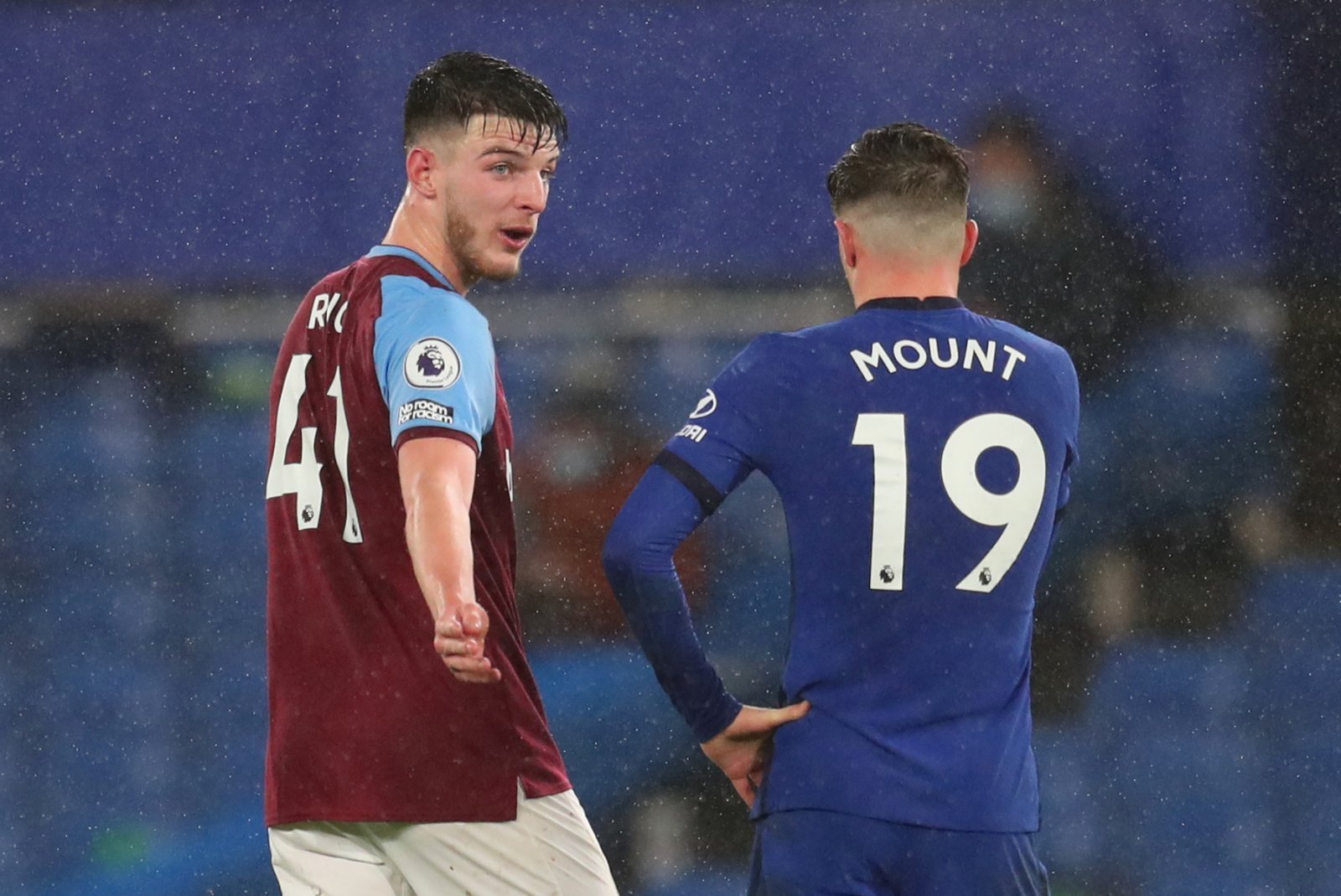 Chelsea and Manchester United target Declan Rice converses with lifelong friend and England teammate Mason Mount, during a meeting with The Blues

“I certainly wouldn’t put a price on it. You can decide which figure you want to put on it but I wouldn’t be sanctioning anything like that, that’s for sure.”

It was reported that Chelsea put in a £50m bid in the summer, but after the season West Ham have had it’s no wonder that his price has now far eclipsed that.

The 22-year-old midfielder is under contract until 2024 and has already made 125 Premier League appearances, scoring four goals, alongside picking up ten caps for his country.

Although he’s under contract, it’s clear that if Moyes’ side continues to exceed expectations then the football at the London Stadium is going to be far more appealing to the ambitious youngster, but the gaffer insisted it’s not the be-all and end-all.

The 57-year-old manager added: “Do we need the Champions League to keep Declan? No, because Declan is under contract first and foremost, so he can’t go anywhere no matter what, and I keep saying it and I hope people know that when I say something, I mean it.”