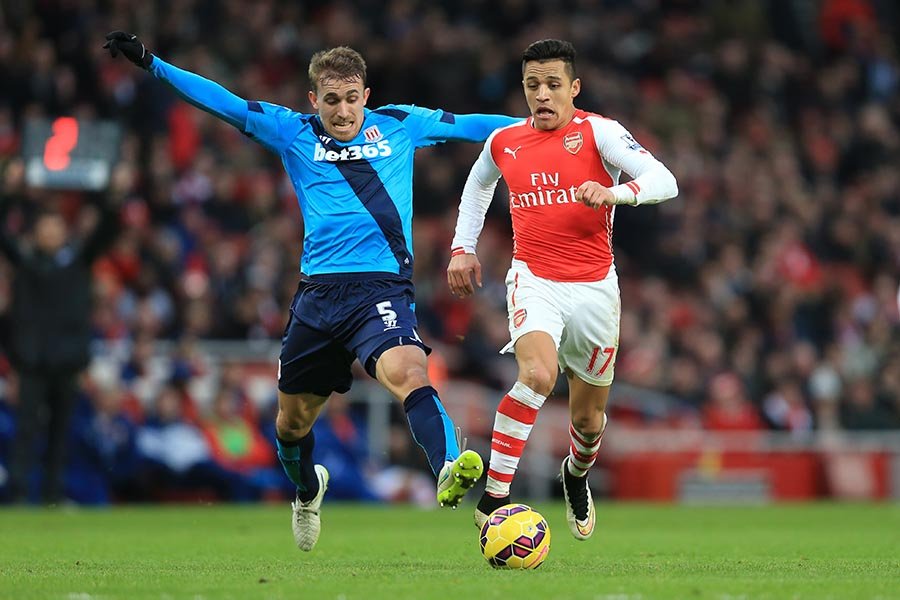 Marc Muniesa was left frustrated as the transfer window closed without a move away from the Britannia Stadium.

According to a report in the Stoke Sentinel the defender was on stand by to move on but with Mark Hughes unable to bring in a replacement defender Muniesta was forced to stay put.

A quiet January transfer window is usually viewed as a healthy sign with the 24-year-old almost a victim of Stoke’s stability in mid-table.

Earlier in January Muniesa was linked with a move to Real Betis but the Spanish side moved on to other transfer targets when they were given no encouragement by Stoke.

It’s believed that there was interest yesterday from one Spanish and one English club but with Stoke failing to find a replacement defender Muniesa was forced to stay put.

The 24-year-old joined Stoke in 2013 from Barcelona but has only started 36 Premier League matches for Hughes.