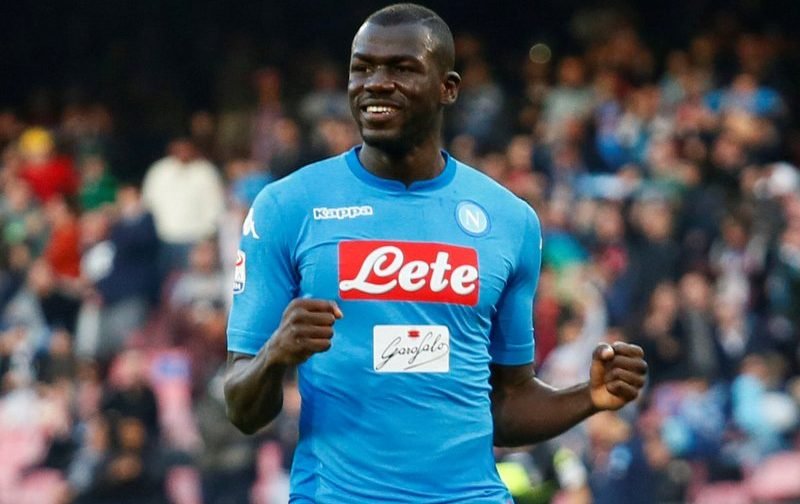 Jose Mourinho and the Manchester United hierarchy have been delivered a big transfer blow with Napoli rejecting a £91m bid for Kalidou Koulibaly, according to Corriere Dello Sport.

The Senegalese is regarded as one of the best centre-backs in the world and Napoli certainly think so, as they have reportedly knocked back United’s bid as they hold out for more money.

It has been well speculated in recent months that Mourinho is desperate to sign a defender, as the Red Devils failed to bring one in over the summer.

Jose Mourinho is keen to bring in a centre back to strengthen United’s defender.

However, this term has been the polar opposite as the Old Trafford outfit have already let in 21 top-flight goals already.

The United boss certainly has players to choose from across the back-line with Chris Smalling, Phil Jones, Eric Bailly and Victor Lindelof filling the roles.

But, until recently, the Portuguese boss could not decide on a solid pairing as his side kept shipping in goals.

United were hoping that Koulibaly could change their defensive fortunes, as the 27-year-old’s performances have been rock solid in Italy over the last five seasons.

With Corriere Dello Sport reporting that the Serie A side believe their star is worth more money, the Manchester United board will have to decide what they are willing to pay to land their target.