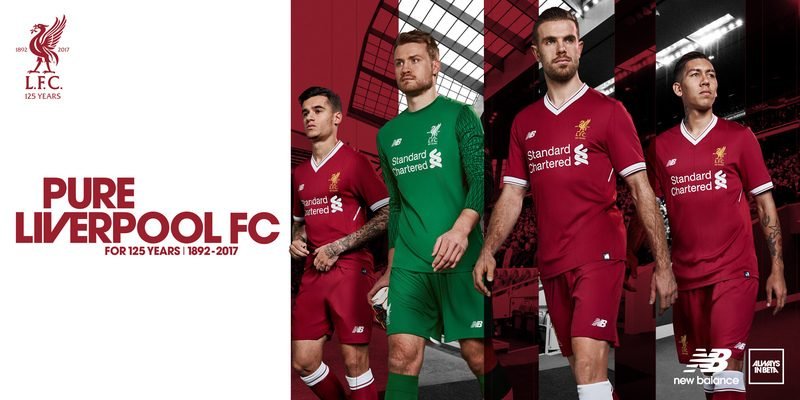 The shirt has been launched as part of the ‘Pure Liverpool FC’ campaign for the 2017-18 season, tying into the club’s 125th anniversary celebrations.

The kit pays homage to the club’s 125th anniversary, introducing a special 125th anniversary crest. The Liver bird emblem is flanked with ‘1892’ and ‘2017’; a unique feature of the New Balance LFC kits for the new season.

The 2017-18 kit range takes inspiration from the iconic moments, figures and events that have featured throughout Liverpool FC’s illustrious 125-year history. The home kit has a darker red tone similar to the all red kit Bill Shankly introduced over fifty years ago.

Liverpool captain, Jordan Henderson, commented, “There is a huge sense of pride that comes with wearing an LFC shirt and it is always an honour, but this kit is special.

“Our 125th Anniversary is a great moment for us all to celebrate our heritage and this kit really reflects that, especially as it features the anniversary crest – we’ll wear it with pride.”

The full range of New Balance LFC 2017-18 Home kit products including the Home Elite Player Jersey and Home Replica Jersey are available at www.newbalance.co.uk/football and in New Balance stores worldwide from Friday 19th May. 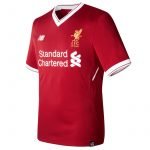 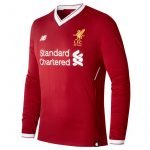 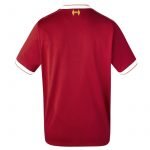 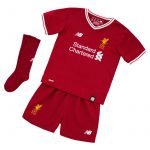 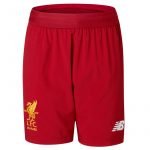 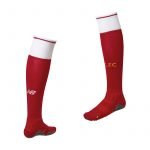 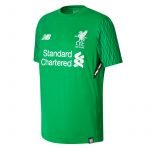 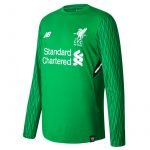 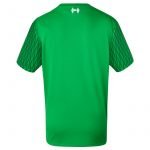 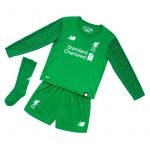 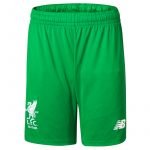