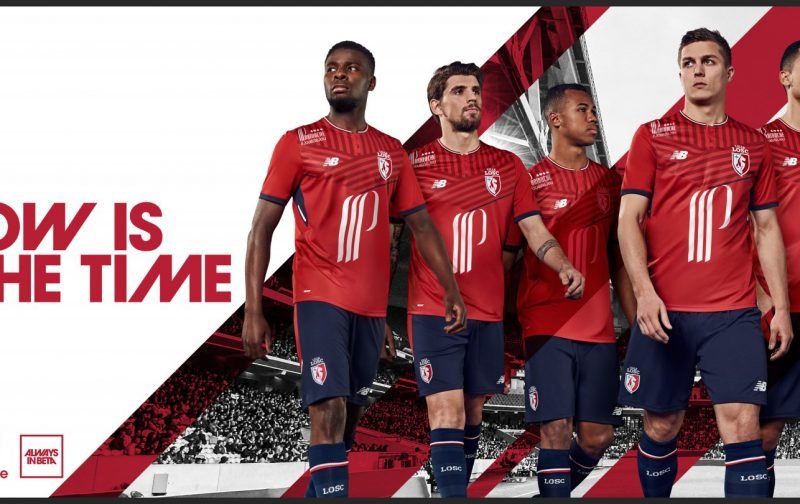 New Balance have officially revealed the new range of Lille kits for the 2017-18 season.

The new collection has been launched as part of the ‘Now Is The Time’ campaign for the club ahead of the forthcoming campaign.

LOSC forward, Nicolas de Preville, had this to say about the shirt, “The kits looks great, I am a big fan of this new collection which will make us stand out from the other teams next season.

“I hope the new shirts coupled with our team work can lead to great things for the club new season.” 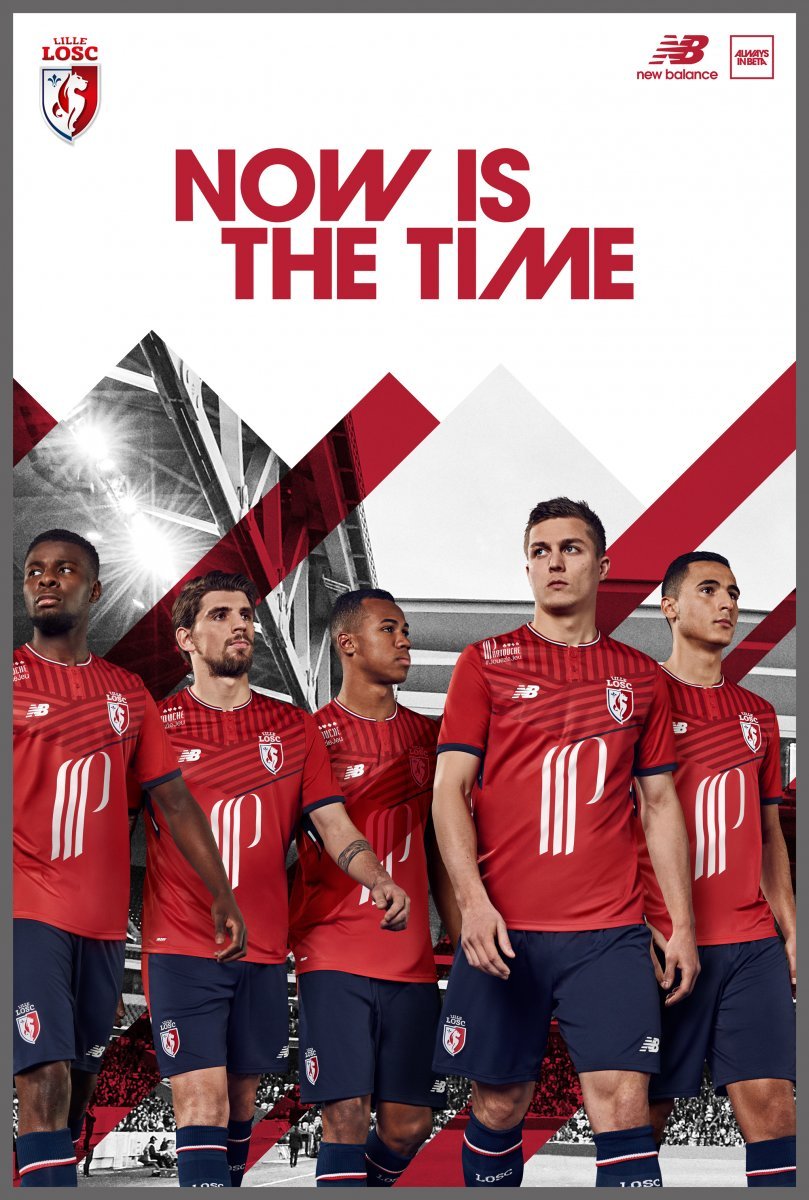 The home kit sees a return to red – after one year in white to celebrate the first double anniversary for the club in 1946. The kit features a dominant Pompeian Red base, one of the three main colours synonymous with LOSC throughout their history.

The kit is designed with a blend of diagonal and vertical stripes across the chest forming a chevron, a reference to the classic design of shirts worn by the club in the 1940’s and 50’s.The jersey is completed by a flat knit collar with contrast tipped edge, placket and buttons. The kit is finished with navy blue hoop socks and navy shorts with red and white panels to the side seams. 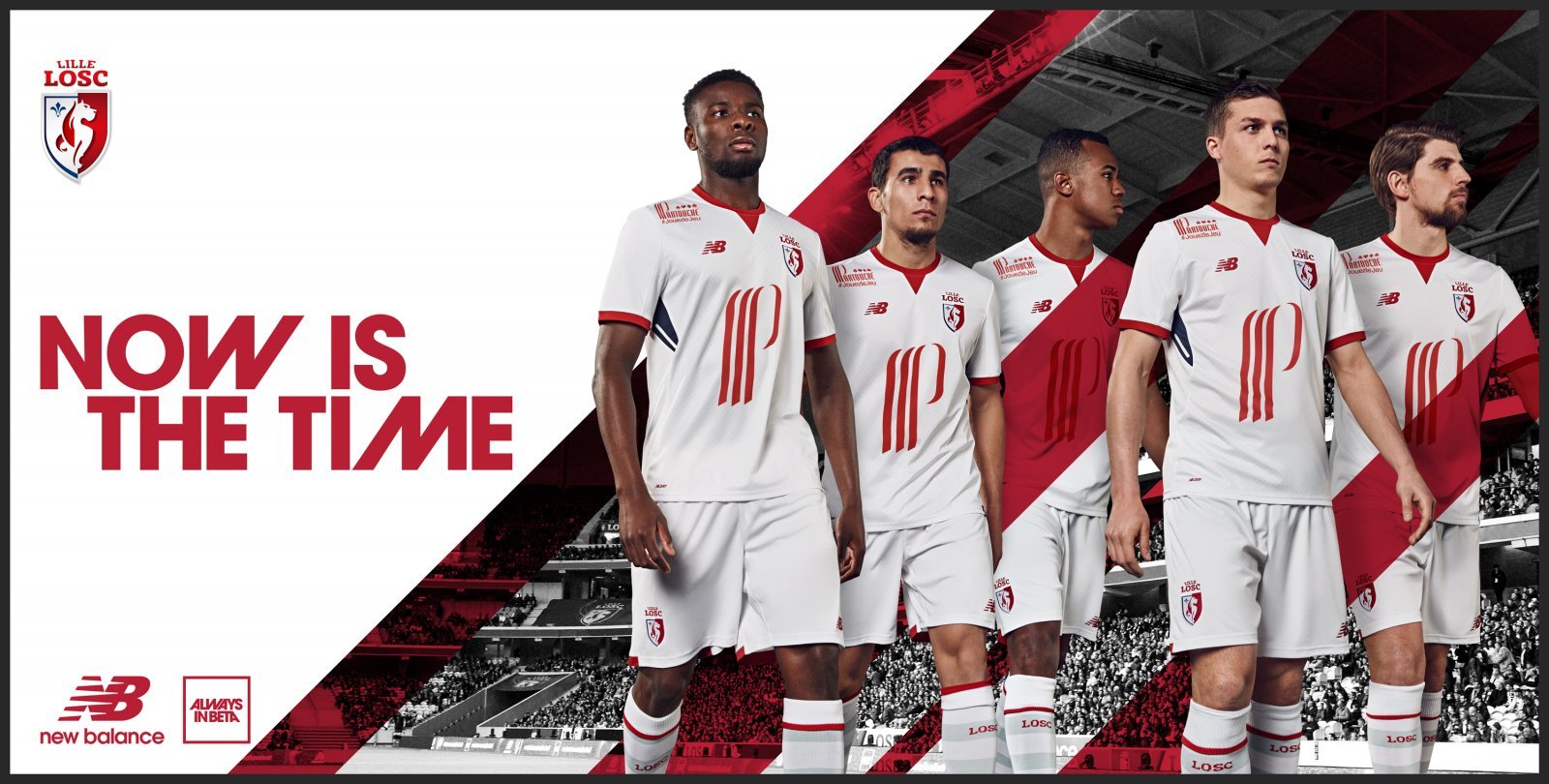 The new away kit reverts to a white shirt and shorts combination, in keeping with the core colours traditionally used by the French club. The shirt features a tonal striped graphic, with the components forming a chevron effect across the chest.

A four way stretch mesh to the back of the jersey and underarm panel is contrasted against the red of the neckline and cuffs. The kit is completed with white shorts, featuring white mesh inserts and white and tonal light grey-hooped socks. 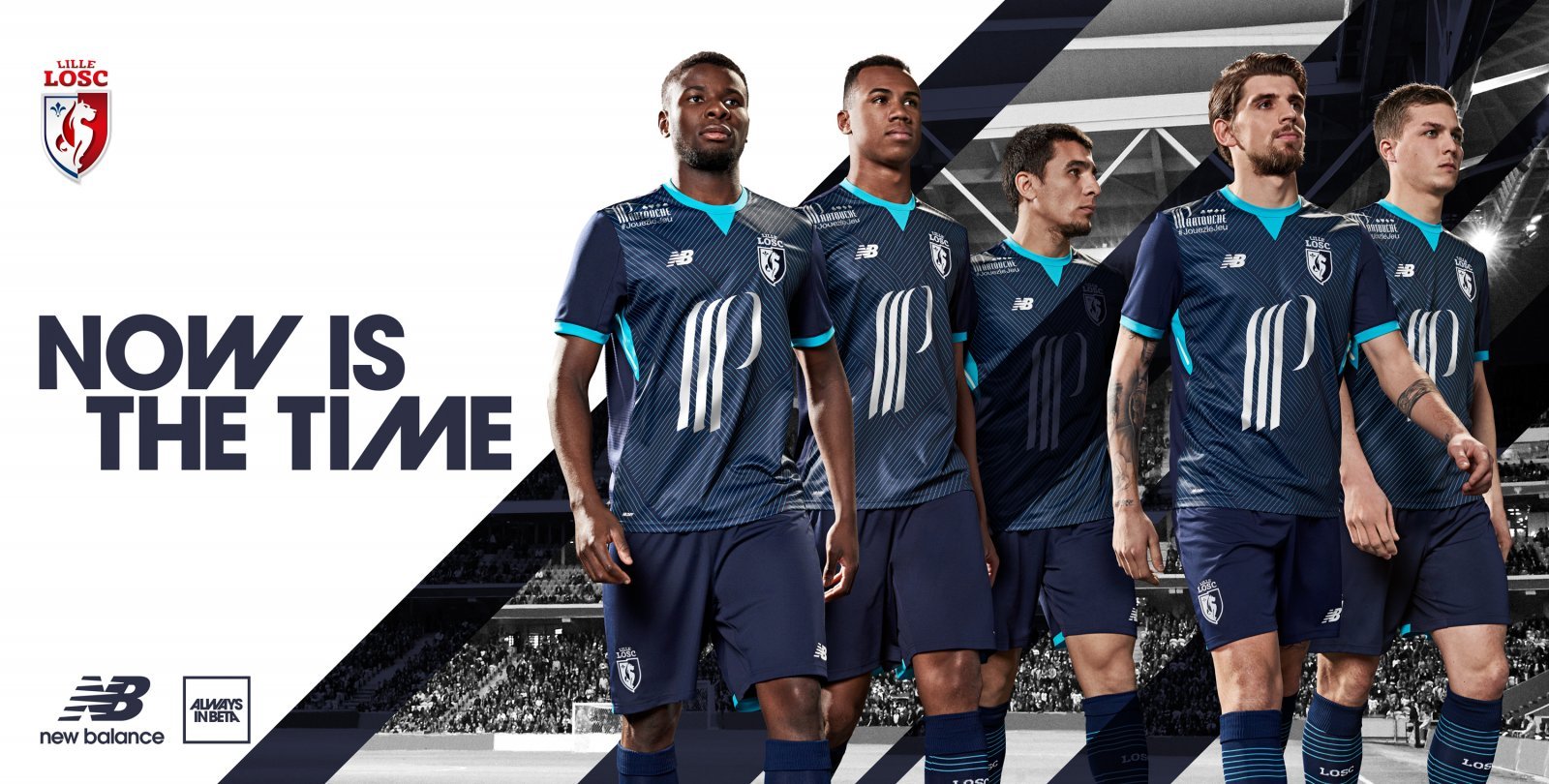 The third kit features a navy base with a vibrant blue detail to collar and cuffs, and multi-directional graphic pattern to the front of the shirt. The back of the shirt and underarm panel is made up of a navy four way stretch mesh, which is contrasted to the neck insert and cuffs.

The third kit shorts are navy with a contrast blue insert detail to the rear hem, whilst the socks retain the navy base of the shirt and shorts with contrasting fine horizontal lines either side of the white club branding.

All three kits have been developed using NB Dry technology, a moisture wicking fabric that helps keep players cool and dry whilst wicking sweat from the body, making it fast drying. Multi-directional mesh under-arm regions and back of the shirts have been incorporated to aid movement and airflow around the body.