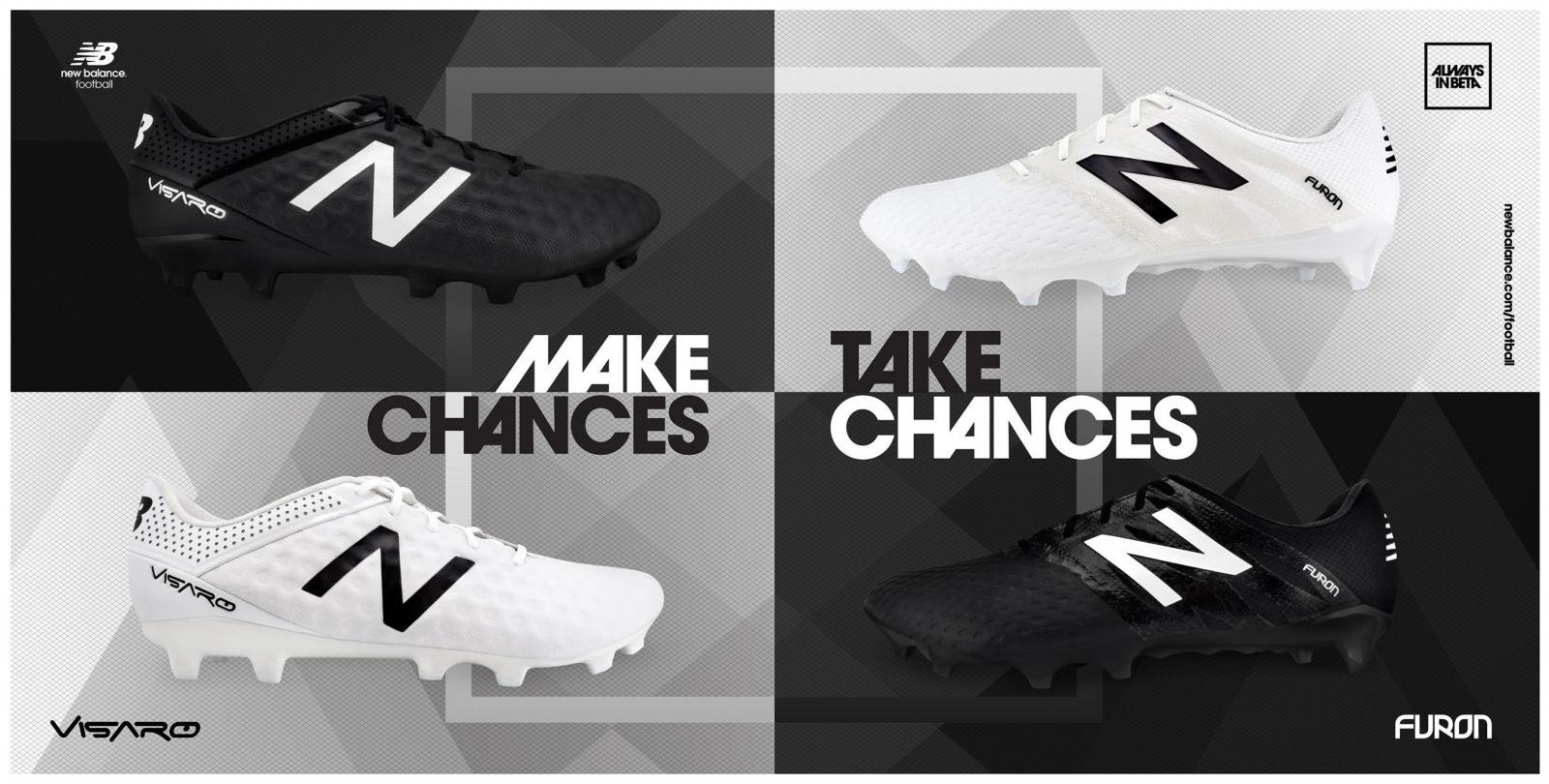 New Balance Football has released Blackout and Whiteout colourways in their Visaro and Furon boot ranges.

The boots are based on the first prototype Blackout and Whiteout New Balance boots, first worn by Aaron Ramsey and Marouane Fellaini in late 2014. The boots received an incredible reaction from fans, which spurred the brand on to make them available to the public.

The limited edition boots will give a select number of players around the world the chance to own the original boots that saw New Balance burst onto the football scene.

The Blackout and Whiteout Visaro and Furon boots will be on sale from selected retailers worldwide.