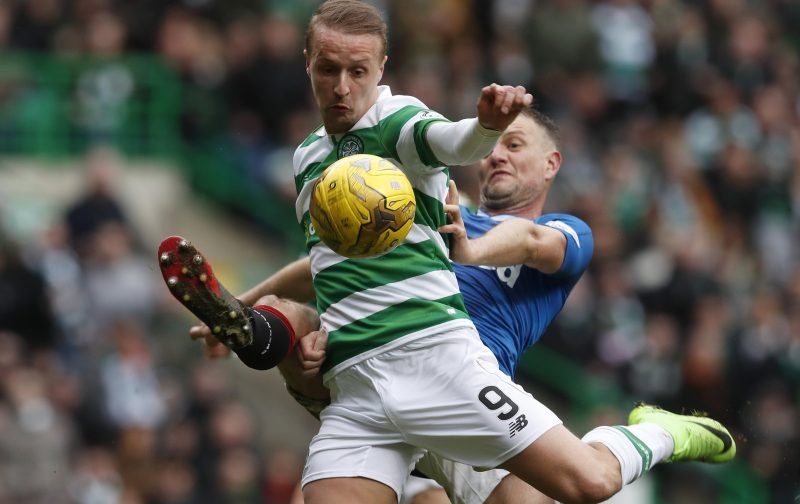 Premier League duo Newcastle United and West Brom are eyeing up a summer move for Celtic striker Leigh Griffiths, according to The Daily Mirror.

The 26-year-old played a key role in helping Brendan Rodgers’ men secure the domestic treble last season, bagging 18 goals in 38 games in all competitions as the Bhoys eased to the Scottish Premiership title, as well as success in the Scottish Cup and Scottish League Cup.

And the former Wolves forward produced two moments of brilliance last weekend for Scotland to help them draw 2-2 with England at Hampden Park, firing home two excellent free-kicks as Gordon Strachan’s side came agonisingly close to a memorable victory in Glasgow.

And that scintillating display on Saturday appears to have attracted further interest from those south of the border, with reports suggesting that Rafa Benitez’s Newcastle and Tony Pulis’ West Brom are eyeing up a move for the forward.

The Magpies will be returning to the Premier League next season after clinching the Championship title, but with much reliance on striker Dwight Gayle last term, Benitez knows that he needs to bolster his attacking options to be competitive in the top tier.

And Pulis’ Baggies scored the second-least of the sides in the top ten last time round with just 43 goals in their 38 games, and with Salomon Rondon their top-scorer with a mere seven, they also need reinforcements upfront to push on next season.

And with 85 goals in 142 games for Celtic, and 196 in 366 club games during his career, Griffiths could be exactly the sort of goal machine both sides need to achieve their respective ambitions next term, but whether either can get a deal done for the 26-year-old remains to be seen.