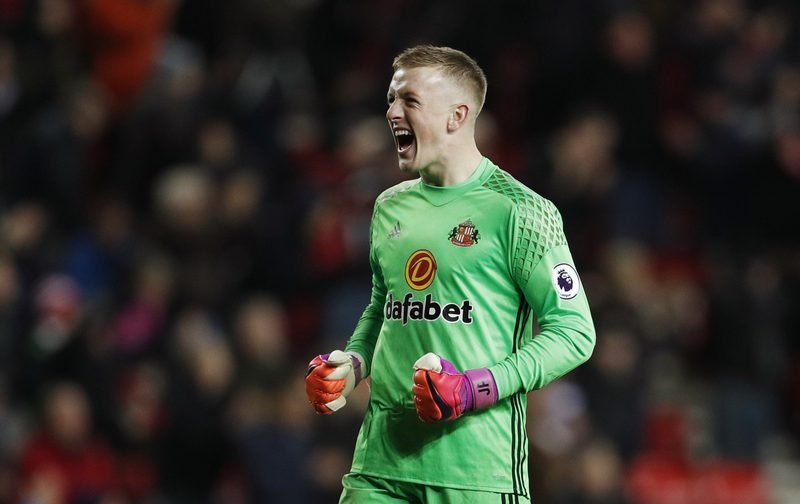 Recently-promoted Newcastle United are eyeing up a move for Sunderland goalkeeper Jordan Pickford this summer, according to The Sun.

Rafa Benitez’s Magpies secured their immediate return to the Premier League last Monday after thrashing Preston 4-1 at St James’ Park, and as if the Toon weren’t having a great week anyway, their North East rivals Sunderland were officially relegated from the top-flight on Saturday.

David Moyes’ men meekly lost 1-0 at home to Bournemouth to end their decade-long stint in the Premier League, and already speculation is building about where some of their prized assets may end up come the start of August.

And one man who has been one of the star performers this season is Englishman Pickford, who although has been part of a side possessing one of the worst defensive records in the Premier League, has earned rave reviews for several impressive displays in between the sticks.

And it looks like he may make the short trip across the North East this summer, with Newcastle reportedly prioritising a move for the 23-year-old ahead of their return to the top-flight.

The Magpies somewhat stumbled over the line in terms of clinching promotion this season, which has underlined Benitez’s need to spend big in the transfer window to make sure that his side remain in the Premier League next term.

And there’s little doubt that Pickford, a reported target for Arsenal, Everton, Manchester City, and West Ham, has proven himself to be a quality shot-stopper at the top level, and indeed looks set to go on and become one of the best keepers in the country, and maybe even in Europe.