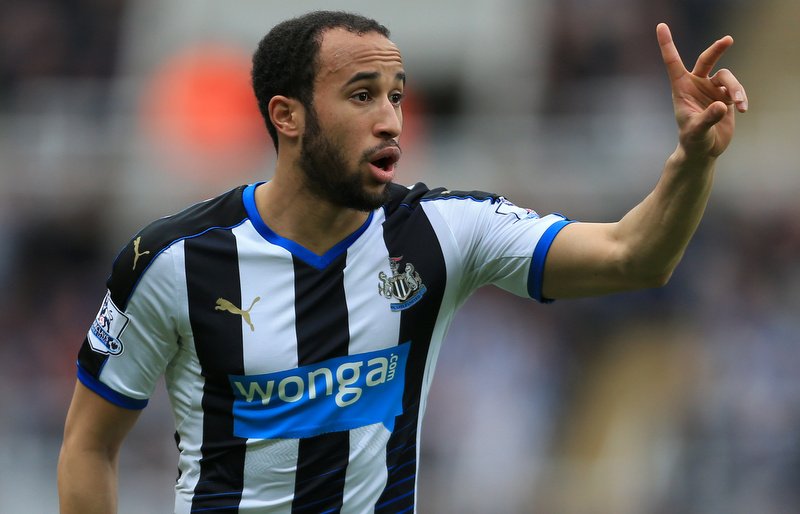 The signing of Andros Townsend by Steve McClaren for Newcastle United in January last year made a lot of sense for all involved, after all here was an exciting England international winger available at a reasonable price of £12 million – reasonable when you consider the premium attached to English players- but the move didn’t work out as the Magpies couldn’t avoid the drop and Townsend moved to Selhurst Park in the summer, a move he’s recently claimed he had little choice in making.

“I was at Tottenham and I’ve had all the loan spells and then I went to Newcastle and said ‘I want to stay here for a few years’ but unfortunately that didn’t work out and I had to move to stay in the Premier League.”

Ironically for Townsend following his move, at one point it looked as though Newcastle and Crystal Palace could be swapping divisions as the Eagles struggled with relegation while the Magpies seem odds on for promotion.

A hat-trick of wins has turned Palace’s fortunes around somewhat, helped by Townsend who’s began to show the signs of why he was once viewed as England’s next big thing.

@ChronicleNUFC I wouldn’t have him back. Left a sinking ship let him stay at another sinking ship, ours is resurfacing.

@ChronicleNUFC Why did he stay in the premier league? For international ambitions? How’s that working @andros_townsend

@ChronicleNUFC @lee_ryder Justify for lik the 10th time. No one cares, get over it andros, no one at #nufc is talking about u, move on

@ChronicleNUFC @ChronicleLive I like the lad and would like to see him back at SJP. Rafa got the best out of him

Andros Townsend speaks out about his time at #NUFC

The words of a man who may just return one day?