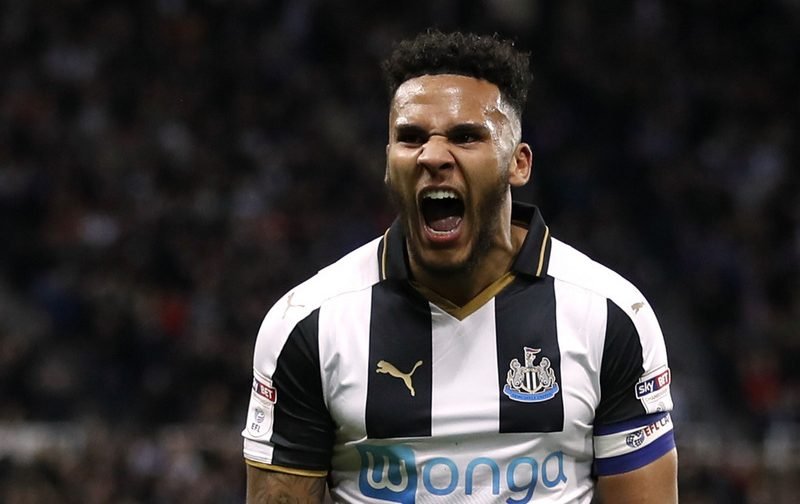 Newcastle United will be without captain Jamaal Lascelles for Sunday’s final fixture of the 2016-17 season.

The Magpies, who have already sealed automatic promotion back to the Premier League at the first time of asking, welcome Barnsley to St James’ Park this weekend (12:00).

Despite having already achieved a top two finish, the game is still significant, given that Newcastle trail league leaders Brighton and Hove Albion by just one point heading into Sunday’s Championship title decider, with The Seagulls away at Aston Villa.

However, Toon manager Rafael Benitez will have to make do without defender Lascelles, who has been ruled out of contention after undergoing a groin operation.

The 23-year-old, who arrived at St James’ back in 2014 following his move from Nottingham Forest, has scored three goals and provided two assists in 47 appearances in all competitions for the Championship outfit this term.

Centre-half Lascelles missed the 2-0 victory at Cardiff City last week in preparation for surgery, and is not expected to return until pre-season training in early July.