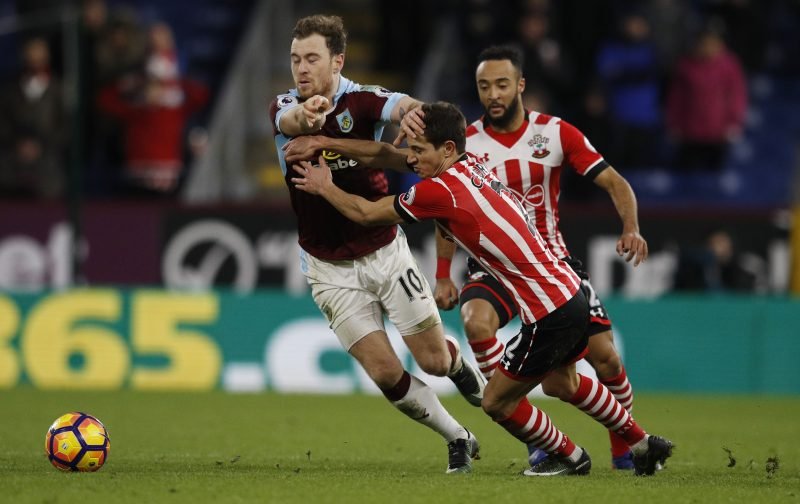 Burnley’s Ashley Barnes could be heading to St James’s this summer as part of a £6 million deal according to the latest reports.

Six goals during this season is hardly enough to make fans delirious with excitement at the prospect of him joining Newcastle United but when you take into account he’s started just 15 games then his record isn’t too shabby, especially for a team that’s been in the bottom half of the table.

Barnes has never been a truly prolific goalscorer- his best league tally of 18 league goals came over five years ago while he was at Brighton and Hove Albion but he does have Premier League experience and could be a good foil for the likes of Dwight Gayle next season.

Rafa Benitez may be slightly reluctant to take a chance on Barnes who has had a cruciate knee problem in the past not to mention question marks around his on-field temperament having once been banned for seven matches for tripping up the referee while at Brighton.

Burnley may be willing to listen to offers for Barnes as they have Sam Vokes and Andre Gray available and Clarets boss Sean Dyche often plays just one striker up top meaning the 27 year-old may struggle to get more game time than he managed during the current campaign.

Newcastle fans have been giving their reaction on social media to the Barnes rumours.

When Rafa came I expected us to be linked with Madrid players.. instead we’ve been linked with Wes Morgan, Troy Deeney & Ashley Barnes #Nufc

Signing Ashley Barnes would just flatten all hope in this transfer window.#Nufc

Can’t believe we’ve been linked with that Ashley Barnes man.

@jimw1892 @e_Newcastlenet I wouldn’t even bother with next season if we signed someone as atrocious as him.
It’s worrying the players we’ve been linked with.