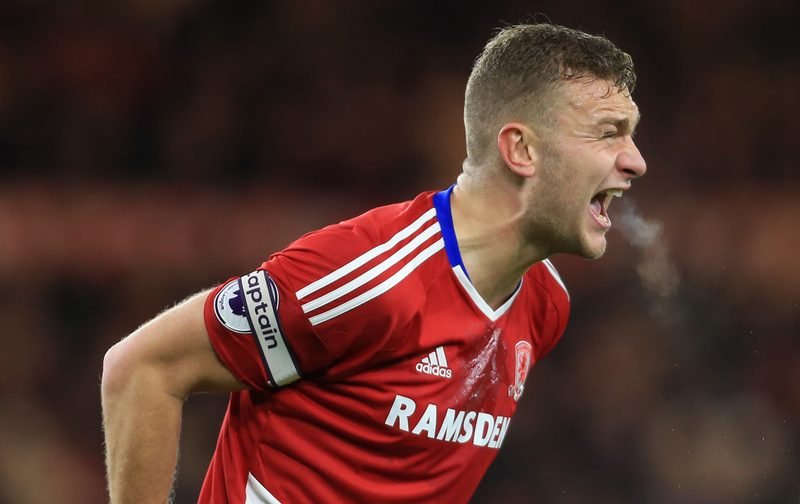 It can’t have been easy for Newcastle United fans at the end of last season, knowing they’d be watching Championship football, while their two local rivals Middlesbrough and Sunderland would be competing in the Premier League.

But it now seems like The Magpies could have the last laugh as they chase promotion, while their rivals face the drop, and now it seems Newcastle are even in the hunt for some of Middlebrow’s best players according to the latest reports.

Newcastle are believed to be interested in Boro’s £20m-rated defender Ben Gibson, who’s been one of the few shining lights for his team in a season which has seen them battling relegation.

Gibson recently received England recognition as Gareth Southgate called the 24-year-old up to the Three Lions squad as a replacement for the injured Chris Smalling.

I’d take Ben Gibson at #NUFC but the £20 million price tag is pushing it a bit. https://t.co/sQui9WADE7

Ben Gibson won’t move to #NUFC. Boro lad through and through. Would never move to one of Boro’s rivals. #NUFC

Linked with Boros Gibson, doubt that very much. However Boro fans are having a meltdown on Facebook about it #NUFC #boro