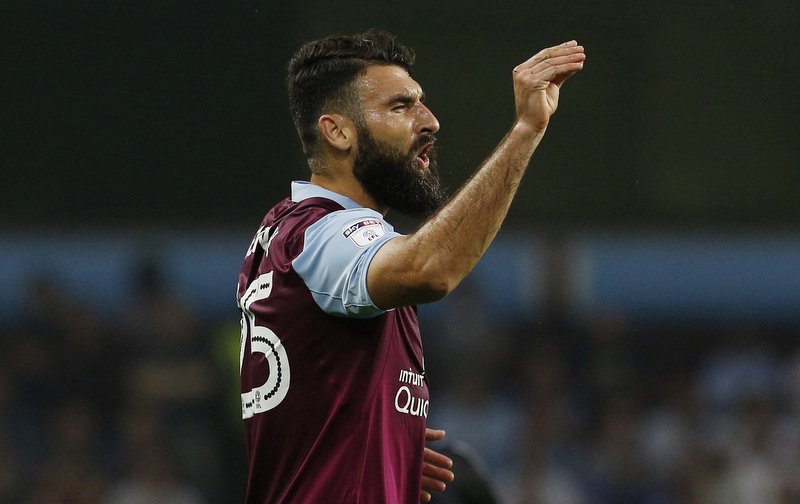 Mile Jedinak’s recent performance for Australia in the team’s 1-1 draw with Iraq has evoked a strong response on social media as many fans of the Socceroos were left feeling a tad underwhelmed by the Aston Villa player’s display.

It seems a bit harsh to blame a defensive midfielder for a disappointing result, but for many Australia fans, Jedinak was the main reason their side wasn’t able to defeat the Iraqis away from home in their 2018 FIFA World Cup qualifying clash.

Ahmed Yasin’s late equaliser for the home side, cancelled out Mathew Leckie’s opener, leaving many Australians feeling frustrated and the Villa man bore the brunt of much of that frustration.

Jedinak has been used as a centre-back by Villans boss Steve Bruce and could be used their permanently for both club and country, despite normally being a defensive midfielder as fans took to social media following the international draw to voice their opinions.

Put milligan in the middle and jedinak as CB

Whereas, the majority were ripping into the Aussie…

I’m surely not alone in thinking Jedinak has been absolutely dreadful for the full 90. #IRQvAUS

Jedinak’s a spud. It’s no wonder he plays for Villa. #IRQvAUS

Think Jedinak is done as the skipper as well #IRQvAUS #socceroos

I’m sorry, but Jedinak needs to play at CB for the national team or not at all. #IRQvAUS