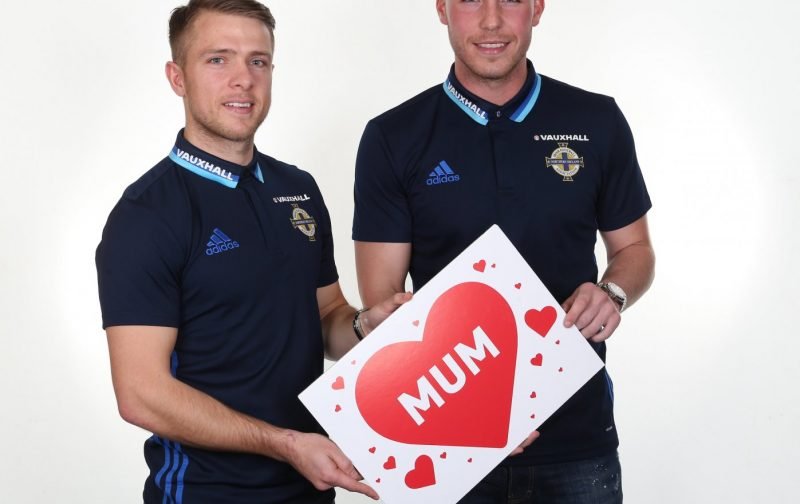 With Mother’s Day on the horizon, Northern Ireland’s Jamie Ward and Luke McCullough took part in a special Mr and Mrs challenge to celebrates their mums, as created by Vauxhall Motors.

Both men, who look set to feature in their crucial 2018 World Cup qualifier at home to Norway on Sunday night, were tasked with answering questions about their childhood, questions their mums had already answered, in a bid to demonstrate exactly how well they knew their mothers.

And it made for quite an amusing afternoon!

30-year-old Ward, who scored once in 11 games for his country in 2016, admitted to being a mummy’s boy, of which he is still today, and also correctly identified his funniest habit, which was singing in the back of the car.

Doncaster Rovers defender McCullough, who suffered a cruciate ligament injury back in August and has thus missed the entire season so far, admitted that the naughtiest thing he did as a child was use ‘choice words’ in the direction of his brother, words he couldn’t repeat on camera!

Both men clearly embraced the occasion, but for Ward and his Northern Ireland team mates, attentions will turn their vital World Cup qualifier against Norway on Sunday.

Michael O’Neill’s side are currently second in Group C, five points adrift of world champions Germany and level with third place Azerbaijan, knowing that a victory would take them a step closer to qualifying for the World Cup finals for the first time since 1986.