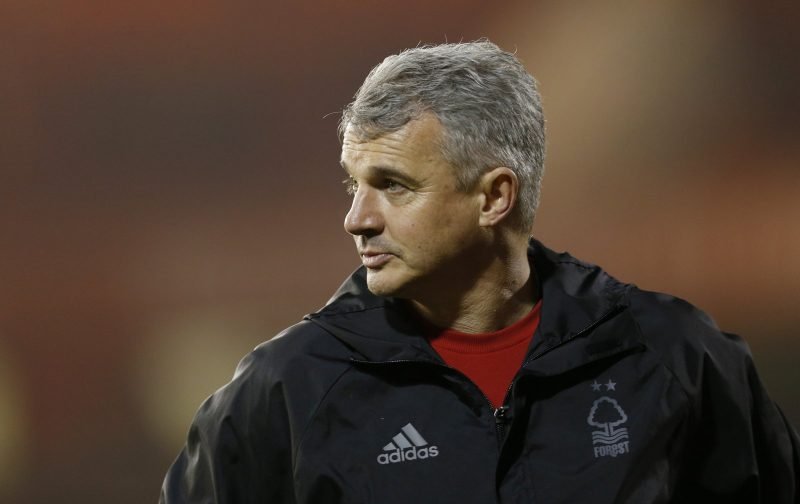 With all the talk of Nigel Clough joining Nottingham Forest, the job caretaker boss Gary Brazil has been doing at the City Ground has almost slipped under the radar, but it appears owner Fawaz Al Hasawi has been paying close attention as reports in the Mirror report he’s ready to give the former  Academy boss the job for the remainder of the season.

Clough reportedly turned down the managerial job at the club where he made his name as a player in over 300 games and his dad delivered a league title, two European Cups and four League Cups, as he was concerned with job stability while the Kuwaiti businessman may have been unwilling to allow the new boss the backroom staff and freedom over signings he wanted.

Regardless of the reasons Clough didn’t fulfil what many perceived as his date with destiny, there’s no denying Brazil has done a sterling job since taking over, winning three of his four games as Forest move up the Championship table towards safety.

The only question for Al Hasawi now is does he stick with the current boss in the summer if Forest’s good form continues or will he try again to put the most famous name in the club’s history in the hot seat many fans would love to see him occupy?