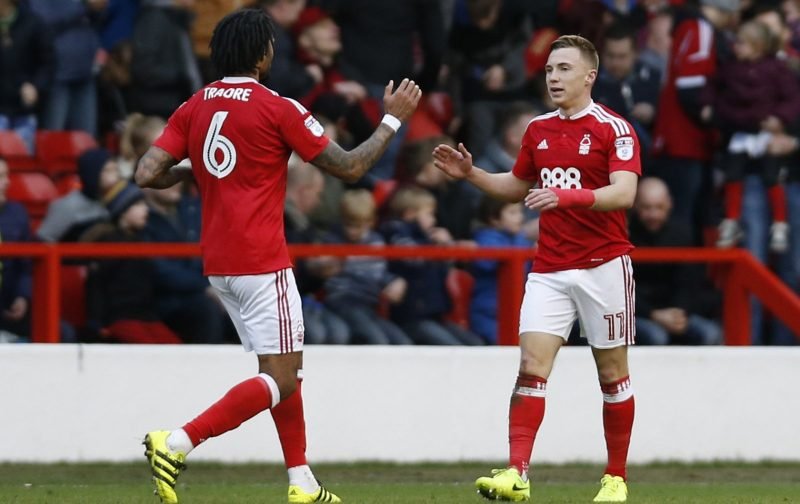 One of the shock results in the Championship this weekend saw relegation threatened Nottingham Forest demolish a Brighton and Hove Albion team that looked set for promotion, it’s a result that has given the Forest dressing room a big lift, admits Ben Osborn.

The 3-0 win over Brighton in the City Ground clash means that Forest are now six points from safety yet more importantly have a belief that was missing a few games earlier as they endured a run of four matches without a win.

When asked whether or not he thinks Gary Brazil’s side will beat the drop, midfielder Osborn said:

“I have always felt confident about that,”

The 22-year-old, who scored the second goal for Forest, as they claimed a hard fought win over second-placed Brighton, added:

“Particularly since Gary (Brazil) and Jack (Lester) have taken over, a result like this has been coming. We were desperately unlucky at Fulham and again against Sheffield Wednesday at home.”

Forest have another tough game coming up this week against a Brentford side who have taken seven points from their last three games but if Gary Brazil’s team can show the same confidence they did against Brighton there’s no reason they can’t take all three points and begin to stop thinking about relegation and start building for next season.