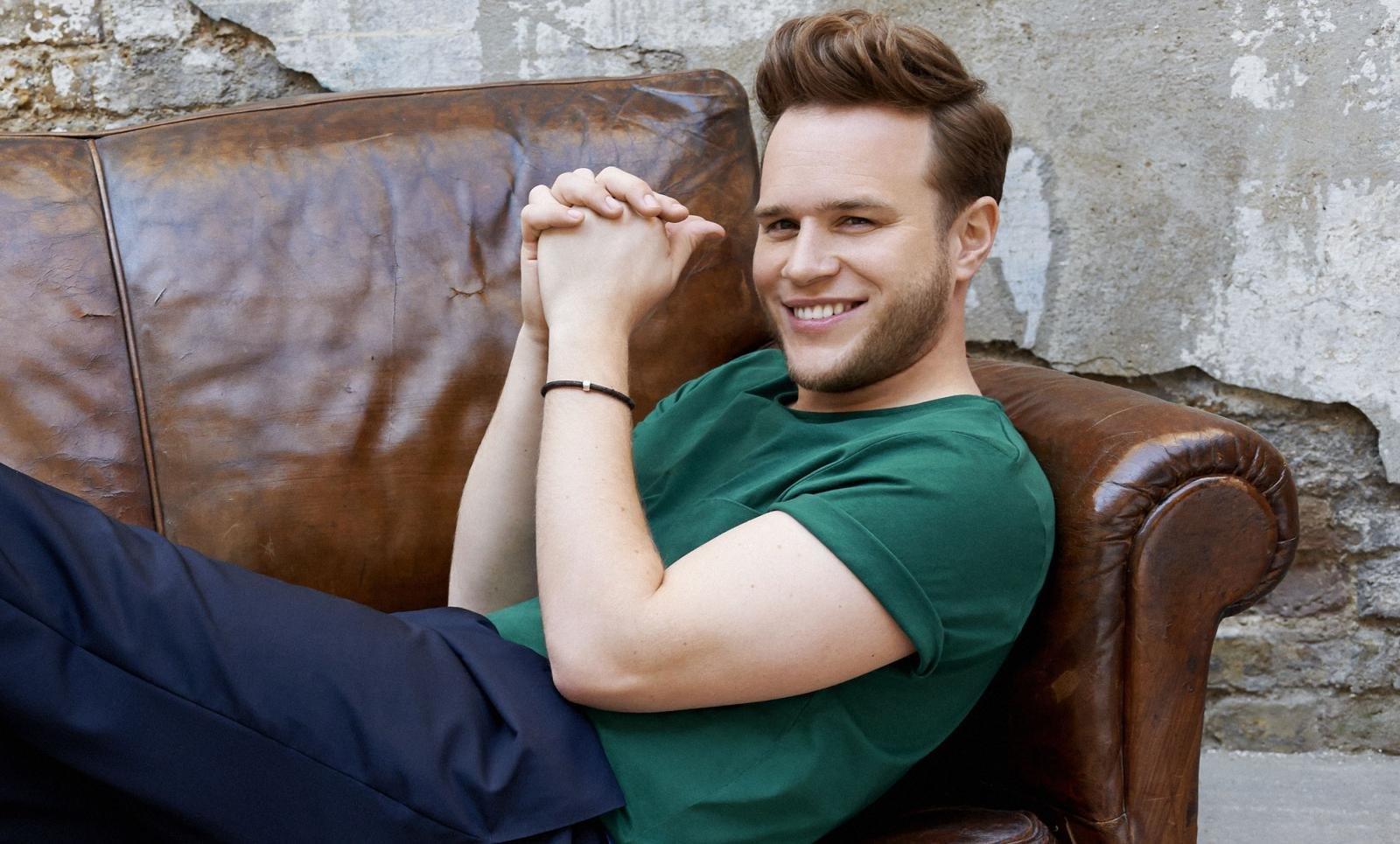 Five years on from finishing second on the X Factor, Olly Murs has now firmly established himself as one of Britain’s biggest and best solo artists.

The Essex-born singer-songwriter is now releasing his fourth studio album, ‘Never Been Better’, which he hopes will replicate the success of his previous two, which both went to number 1 in the UK Albums Chart.

If Olly’s never been better, his beloved Manchester United are slowly getting back to their best with a number of promising performances under the stewardship of Louis van Gaal.

Shoot’s Dan Tyler caught up with the massive Red Devils fan to talk about his new album, a proposed tour and LVG’s United.

How much are you looking forward to the release of your fourth Studio Album ‘Never Been Better’?
“Yeah, can’t wait. It’s always nice to do new music and have the buzz of a new album coming out. It’s been a really good year, I’ve enjoyed writing and recording it and now I can’t wait for the fans to get to listen to it.”

Are you more relaxed now than when you released your previous three albums?
“Believe it or not, this is actually the most nervous I’ve ever felt. Maybe I feel the same with every album, I can’t really tell, but I’m feeling nervous about this one. Obviously I’m happy with and I think it’s the best one I’ve done, but I just really want it to do well. I’m really proud of it and I hope people listen to it and enjoy it.”

Do you still have to pinch yourself considering you were working a ‘normal’ job just over five years ago?
“Definitely. It’s ridiculous. I spent eight months writing this album so I also had a time to reflect on what’s happened over the past five years. I was working in recruitment, doing call centre work and now I’m releasing my fourth music album. Obviously my life has changed dramatically, it’s been an incredible five years and I’m just loving every minute of it.”

Can you tell us a bit about the 2015 tour you have in the pipeline?
“We haven’t announced anything just yet but that will happen soon. I’m really excited about it because it going on tour and performing is the best part of my job. I’m lucky to have a great fan base too and I can’t wait to get out and put on a show for them.”

To football now, and who’s impressed you most at United this season?
“It’s got to be Di Maria. I was surprised that we got Falcao to be honest and I’m looking forward to him playing more games. But Di Maria is one of a kind. Me and my mates say that he is arguably one of the top five players in the world. He’d get in Bayern Munich’s team, he’d get in Chelsea’s team, he’d get in any team at the moment, he’s that good. Although we spent a lot of money on him he’s exciting and for United fans it’s like having someone like Ronaldo back. He’s just a quality footballer.”

Are you enjoying the kind of football Louis van Gaal is implementing?
“Yeah, loving it. I like the fact we’re back attacking teams, playing with a bit more confidence and freedom. We’ve got a bit of a guile about us, we’re pressing teams and playing with more hunger now. If we just shore up the defence then we’ll be great. In my opinion we have one of the best forward lines in the world. With the likes of Van Persie, Falcao, Rooney, Di Maria, Mata and Junuzaj we have six exciting players that can create chances and score goals. Not many other teams can say that.”

This time last year you backed David Moyes to get it right. Did you even rethink that as the season went on?
“No because I’m quite a loyal person. I met David Moyes and I felt for him at the time. The difference with David compared to Louis is that he came from Everton and didn’t have that pedigree and trophies to back up what he was trying to do. Because van Gaal has done it and is massively respected he will get more time and the fans believe in him. At times last year I thought David Moyes got it right. Tactically he could’ve been a little bit better but the players weren’t playing well. People have a valid point when they argue that Moyes couldn’t do the job because he doesn’t have the pedigree but I think he would’ve been the perfect man for the job in the long run. The board got a sniff that van Gaal was available and that was it for David.”

Do you think the defence needs strengthening or is it more a case of having consistency in selection?
“It definitely has to change. We need an experienced centre-half in there. I think Vidic could’ve given us one more year and he would’ve got the best out of the defence we have at the moment. But I think we need to get someone who’s between 22-28 to come in and orgainse it all so we can get back to being tight at the back.”

So if you could sign two players in January who would you splash the cash on?
“Diego Godin from Atletico Madrid. He’s an unbelievable centre-half who’s done so well recently. I’d also go for Mats Hummels from Borussia Dortmund. If we got them we’d be a championship winning team again.”

You scored a late equaliser against Chelsea recently. Did Jose Mourinho deserve that for taking you out in SoccerAid?
“[laughs] I heard he actually mentioned it in a press conference before that match. He didn’t deserve it and I love that Jose Mourinho took me out because not many people can say that. Although we scored late he was very shrewd in that match as his team marked Di Maria marked out of the game. We showed our never say die attitude though by fighting until the end.”

Have you seen much of United this term?
“I’ve been to a few games so far this season. It’s been exciting to watch and I really enjoy going to Old Trafford. I always try and get to games if I’m not working.”

How did you enjoy your role as an FA ambassador in 2013?
“The FA contacted me to say they wanted me to be part of their centenary year and I was delighted. I managed to get people involved in my music and it was a real good moment. Some people got carried away by thinking I would somehow end up on the board at the FA, which was never going to happen. I was mainly involved in charity work, which I really enjoyed, and now I’ve also got some good contacts at Wembley so I can get tickets for games.”

You’ve played in a few charity football matches so do you have anymore lined up?
“Not at the minute because I’m too busy working. But if there’s any matches coming up that I have time to do then hell yeah. I love getting involved but my left knee is quite bad at the moment so I have to be careful with it. If I get time to get match fit though I’ll be ready to go.”