On This Day – 1996: Liverpool defeated Newcastle United in the ‘greatest game in Premier League history’ 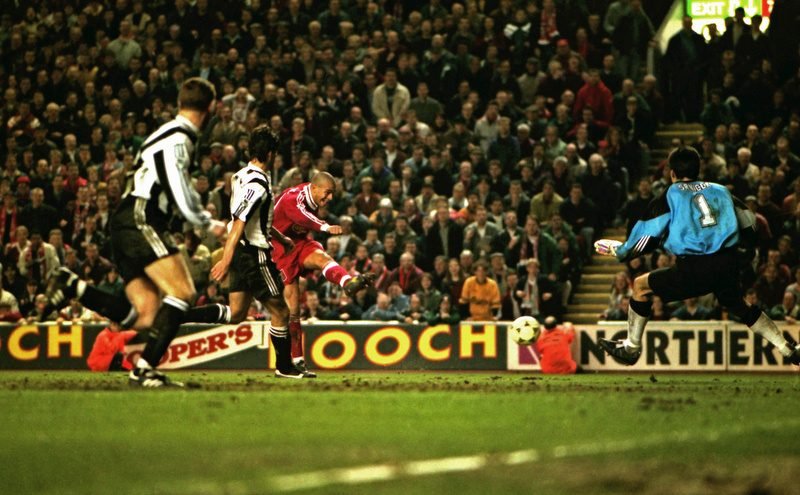 Well; on April 3, 1996, Liverpool completed their legendary 4-3 Premier League victory over Newcastle United, thanks to a dramatic injury-time winner from striker Stan Collymore.

Now 21 years on, The Reds’ last-gasp win at Anfield is regarded as one of the greatest game in Premier League history, if not the greatest.

Kevin Keegan’s Magpies visited Merseyside needing all three points after seeing their lead over Manchester United at the top of the Premier League standings collapse, though Roy Evans’ Reds still had title ambitions of their own heading into the closing stages of the 1995-96 campaign.

Forward Robbie Fowler opened the scoring at Anfield inside just two minutes, however quick fire goals from Les Ferdinand and David Ginola saw the visitors quickly turn the game on its head inside the first quarter of an hour.

21 years ago today – not your average game… pic.twitter.com/M4GVwbz9Qb

Fowler equalised for The Reds ten minutes into the second-half, only to watch Faustino Asprilla restore The Magpies’ slender lead within 120 seconds of the restart.

Despite holding a narrow advantage, Keegan’s Newcastle still drove at Liverpool’s defence for a fourth goal, which ultimately backfired, as Collymore made it 2-2 in the 68th minute after neatly converting Jason McAteer’s right-hand side cross.

Then, with the clock ticking down in stoppage time, John Barnes picked out the onrushing man of the moment, Collymore, to beat goalkeeper Pavel Srníček with a stinging left-foot drive to snatch all three points and send the Kop into raptures.

Whereas, Newcastle boss Keegan was slumped over the advertising boards in utter despair.