On This Day – 2003: Owen bags four as Liverpool run riot at West Brom 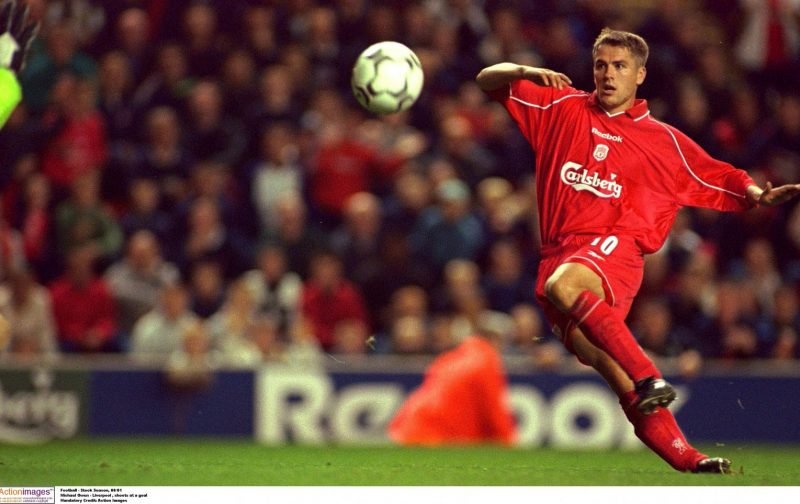 Here at Shoot!, we are always looking back and reminiscing about some of football’s most memorable and important moments, and today is no different!

The former England striker gave the League Cup winners the lead after just a quarter of an hour before strike partner Milan Baros doubled the visitors’ advantage two minutes into the second half.

Owen then notched his second, and 100th Premier League goal, two minutes later to secure the three points for Houllier’s Reds, and he bagged his hat-trick just after the hour following Baros’ lay-off.

But Owen didn’t stop there as he bagged his fourth and Liverpool’s fifth six minutes later, before Czech star Baros netted his second of the afternoon late on to condemn the already-relegated Baggies to another tortuous afternoon in the top-flight.

The result drew Liverpool level on points with fourth place Chelsea in the race for a Champions League spot, but back-to-back defeats against Manchester City and the Blues saw Houllier’s side miss out on Europe’s elite competition, as they finished three points adrift in fifth.