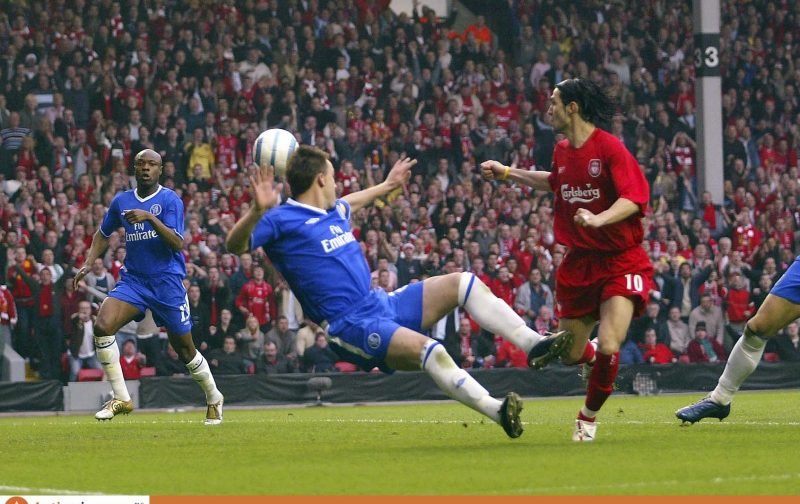 Well, on May 3 2005, Rafa Benitez’s Liverpool reached the Champions League final after beating Chelsea 1-0 in a controversial semi-final second leg at Anfield.

The two sides had played out a goalless draw at Stamford Bridge the week before to keep things tantalisingly poised ahead of the return leg on Merseyside, yet the tie’s key moment took place just four minutes into the encounter at Anfield.

Reds forward Milan Baros got to the ball first ahead of Chelsea goalkeeper Petr Cech, from which Luis Garcia reacted quickest to fire the loose ball towards goal from three yards out and, despite William Gallas’ best efforts, the ball was adjudged to have gone over the line, and thus Liverpool took the lead in the contest.

Yet it remains, even to this day, unclear as to whether the ball did indeed cross the line, but what is clear is that Benitez’s men won the tie to advance to the final in Istanbul against AC Milan, where they would come from 3-0 down to draw 3-3 and then win 3-2 on penalties in what is regarded as one of the greatest sporting comebacks of all time.