On This Day – 2005: Rooney scores that volley as Man United beat Newcastle 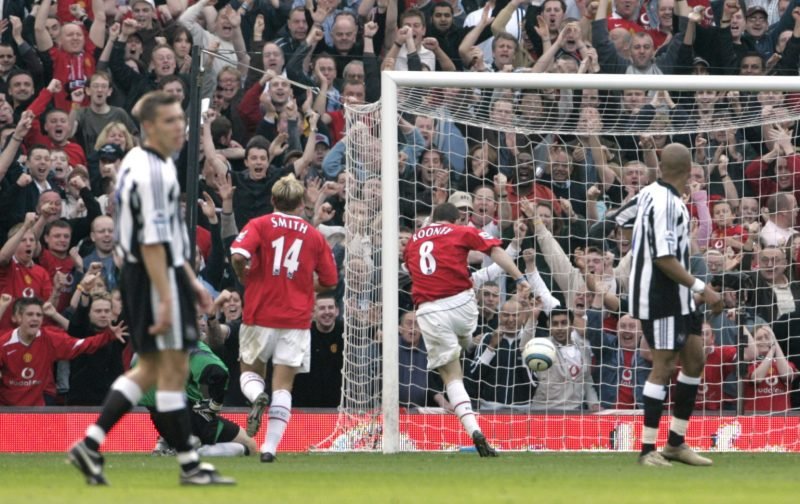 The Red Devils had seen their Premier League title challenge all but end with defeats at Norwich and Everton in the preceding weeks, and they looked on course for a third successive defeat when Darren Ambrose gave the Magpies the lead at the break.

However, up stepped Rooney.

The England international was embarking on his first season at Old Trafford after moving from Everton in 2004, and with 16 goals for the campaign ahead of the Newcastle game, he had made a decent start to life at the club.

Yet this was the moment he really announced himself to the United faithful, when the then 19-year-old pounced upon Stephen Carr’s header to fire an 25-yard unstoppable volley past the helpless Shay Given in the Magpies goal.

It was a special moment from a player who this season became United’s all time record goal-scorer with 251 goals, the latest coming in their 2-0 win over Burnley on Sunday.

Ferguson’s men also went on to win that game against the Magpies, with Rooney’s moment of magic seemingly inspiring the hosts to rally late as Wes Brown netted the winner 15 minutes from time for the Red Devils, although they still only finished third in the table that season.