On This Day – 2007: Crouch’s perfect hat-trick as Liverpool trounced Arsenal 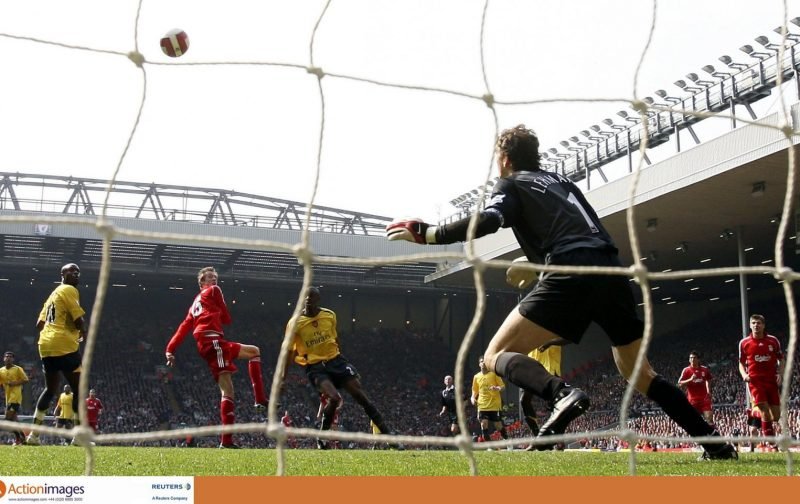 Here are Shoot! we are always looking back and reminiscing about some of football’s most memorable moments, and today is no different!

Well, on March 31 2007, Anfield were treated to something quite special – a perfect hat-trick from Liverpool striker Peter Crouch.

The former England striker joined Rafael Benitez’s Reds in 2005 for £7 million from Southampton, but initially made a slow start to life on Merseyside by failing to net in any of his opening 19 games, before eventually ending his first season at the club with 13 goals from 49 matches.

But perhaps one of his best days in a Liverpool shirt came against Arsene Wenger’s Arsenal back in March 2007, where the forward scored a perfect hat-trick as Benitez’s side comfortably dispatched the Gunners 4-1 at Anfield, a result which helped the Reds beat the North London club to third in the table.

Crouch gave the hosts the lead after just four minutes when he turned home Alvaro Arbeloa’s testing cross with his right foot, before doubling their advantage ten minutes before half time with a towering header from Fabio Aurelio’s excellent delivery.

Benitez’s men went 3-0 up through defender Daniel Agger on the hour, and although William Gallas gave Wenger’s men hope, they were to be undone by a moment of real quality, as Crouch completed the perfect hat-trick by finishing coolly past Jens Lehmann with his left foot.

It was a stunning achievement, and although Crouch’s Anfield career wasn’t entirely successful, there’s no doubt that this was one of his greatest moments in the red of Liverpool.