On This Day – 2007: West Ham become first away side to win at the Emirates 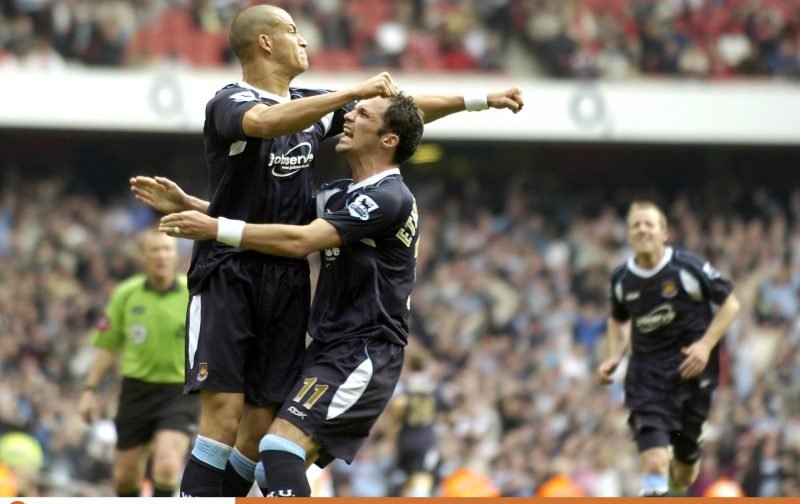 Here at Shoot!, we are always reminiscing and looking back on some of football’s most memorable moments, and today is no different!

Well, on April 7 2007, West Ham produced an historic 1-0 victory at Arsenal in the Premier League under then-manager Alan Curbishley.

A victory over Arsene Wenger’s side is always an excellent result, but this one took on even greater significance, as the Hammers became the first away side to win at the Emirates Stadium.

The Gunners moved into their new home at the start of the 2006/07 campaign, and managed nine wins and five draws in their opening 14 games in the Premier League to kick off a new era at their 60,000-capacity ground.

And with four wins and four draws in eight games in other competitions, the Emirates was already becoming a fortress for Wenger’s men.

However, their fine start to life at the Emirates came to an end ten years ago today as a magical Bobby Zamora chip sailed over Jens Lehmann to give Curbishley’s men the lead just before half time.

And although the likes of Cesc Fabregas, Emmanuel Adebayor, and Julio Baptista were knocking on the door in the second half, an excellent goal-keeping display from Rob Green earned the visitors a massive and ultimately historic victory.

Fresh from their exploits in North London, Curbishley’s men would go on to win four of their last six Premier League matches to avoid the drop by just three points, while Wenger’s Gunners then went unbeaten in their last seven games to finish fourth in the division.