On This Day – 2011: The tale of two penalties in astonishing finale at the Emirates 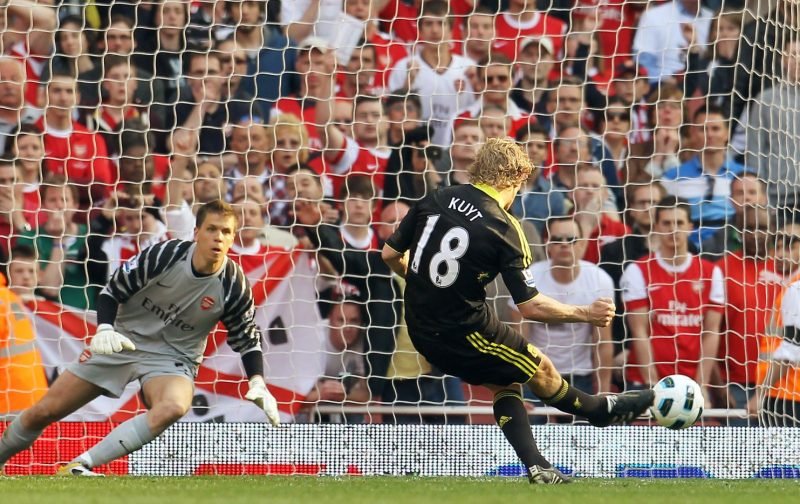 Well, on April 17 2011, it was the tale of two penalties at the Emirates Stadium in an astonishing finale which saw title challengers Arsenal thwarted by Kenny Dalglish’s Liverpool.

The game looked set to peter out into a goalless draw until Cesc Fabregas was fouled in the box by Jay Spearing eight minutes into added time, allowing striker Robin van Persie to slot home and seemingly send Arsene Wenger’s side on their way to a vital three points.

The Gunners would have reduced the gap to leaders Manchester United to five points with victory, yet in the 12th minute of added time (brought about due to an injury to Liverpool defender Jamie Carragher), Arsenal right-back Emmanuel Eboue bundled Lucas over in the penalty area, and Dirk Kuyt fired home the leveller to earn the Reds a point from their visit to North London.

It was an extraordinary conclusion to an otherwise uneventful contest, and Kuyt’s strike remains today the latest goal ever scored in the Premier League.