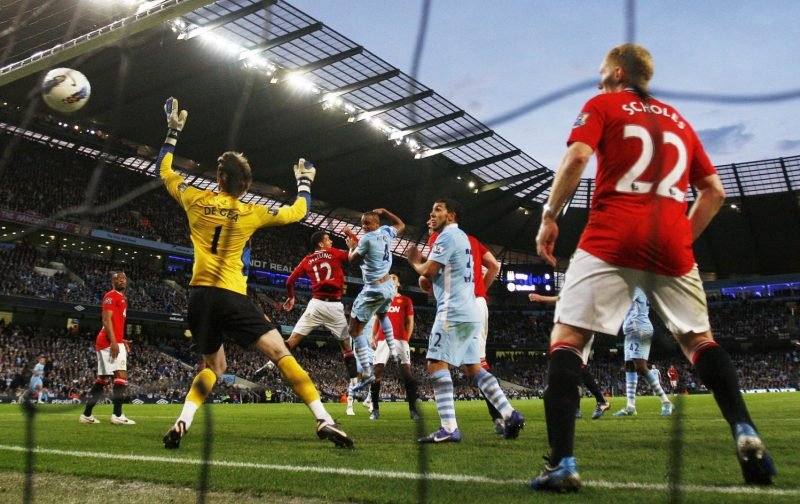 Well, April 30 2012 played host to a massive Manchester derby at the Etihad Stadium, billed in some quarters as the biggest game in Premier League history, as second place City hosted Sir Alex Ferguson’s league leaders United, with there just three points behind the two sides ahead of kick-off.

And it was Roberto Mancini’s Citizens who seized the initiative in the title race thanks to Vincent Kompany’s header on the stroke of half time, and although United created a few opportunities to equalise in the second half, the home side hung on to a pivotal three points.

It meant that Mancini’s men had in three weeks bridged an eight-point gap to their neighbours to lead the Premier League with three games to go, and their derby day delight inspired them onto their maiden title that season.

City got the better of Newcastle to go into the last day top of the pile on goal difference, yet they needed arguably the greatest final few minutes in top-flight history to come from 2-1 down to beat QPR 3-2 at the Etihad Stadium on the last day, with Sergio Aguero netting a 93rd minute winner to edge Ferguson’s United, who had beaten Sunderland 1-0 that day.