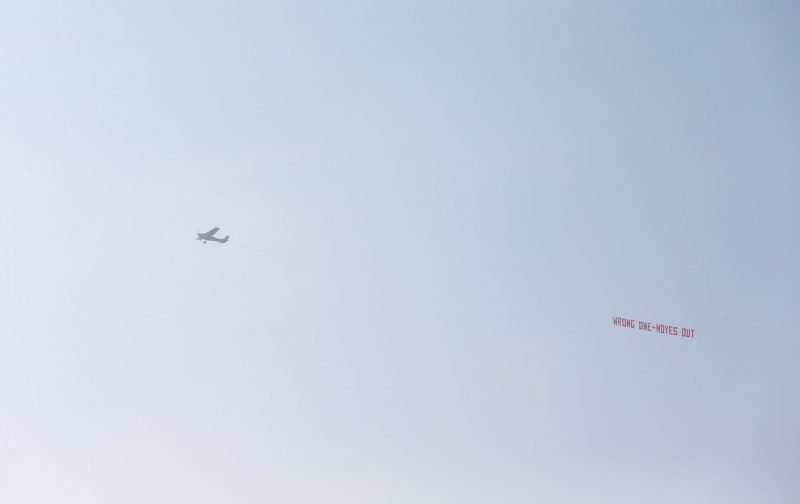 Here at Shoot! we are always looking back and reminiscing about some of the more memorable moments that have happened in the world of football, so what happened On This Day in years gone by?

Well, much has been made about the fly-by protests that took place at the Hawthorns a few weeks ago in the direction of Arsenal manager Arsene Wenger, with one plane cricitising the Gunners boss, while another was in support of the 67-year-old.

It was all a bit of a farce (albeit not as much as the farcical performance Wenger’s men put out against West Brom, losing 3-1 to Tony Pulis’ men), but we saw one of the first protests in the sky exactly three years ago today flying over Old Trafford in the direction of then-United boss David Moyes.

The 53-year-old, who replaced Sir Alex Ferguson at Manchester United just eight months previous, was subject to a plane protest in the early moments of his side’s 4-1 victory over Aston Villa, with the banner, stating ‘Wrong One – Moyes Out’, met largely by boos from the home supporters to further underline their support for Moyes, and indeed the ridiculousness nature of such an act.

Moyes’ men may have won that day, but less than three weeks later, the Scot was sacked following a 2-0 loss to his former employers Everton at Goodison Park, a result which left United seventh in the table, and mathematically out of the running for a Champions League spot.