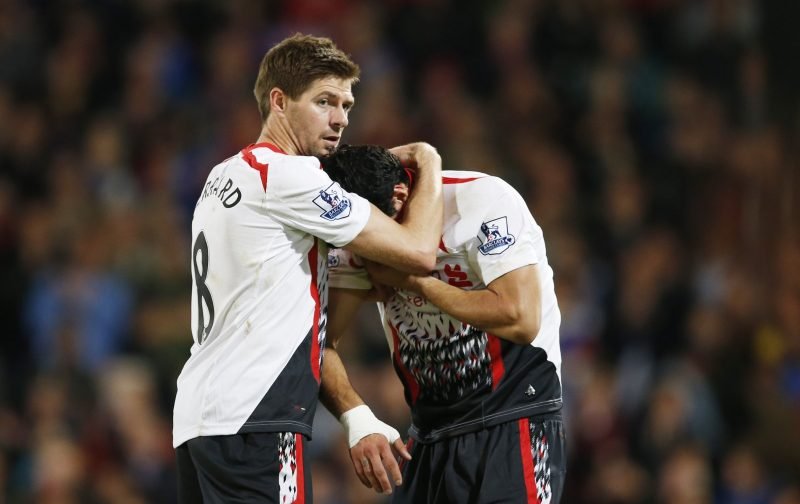 Well, on May 5 2014, Brendan Rodgers’ Liverpool saw their Premier League title charge come to a shuddering halt in nine second half minutes at Selhurst Park.

The Reds went into their clash with Crystal Palace level on points with leaders Manchester City, knowing that they needed all three points to really keep the pressure on Manuel Pellegrini’s men ahead of their final two games of the season against Aston Villa and West Ham.

And Rodgers’ men were well on their way to doing so when Joe Allen gave them an 18th minute lead, and then two goals in two second half minutes set the Reds on their way to all three points, with first Damien Delaney deflecting Daniel Sturridge’s effort into the net, and then Luis Suarez slotting home soon after.

However, the match, and indeed their season, turned around completely in the final 11 minutes of the contest as Delaney made amends for his own goal by pulling one back for Tony Pulis’ men, before a brilliant brace from striker Dwight Gayle earned Palace a share of the spoils.

And it was a spell which left Suarez in tears at the end of the match, with he knowing as well as everyone else that Rodgers’ men had all but blown their chance of winning the Premier League title.

And so it proved, as Pellegrini’s City went on to thump Villa 4-0 at the Etihad Stadium, and then cruise past West Ham 2-0 four days later to secure their second league crown in three years.