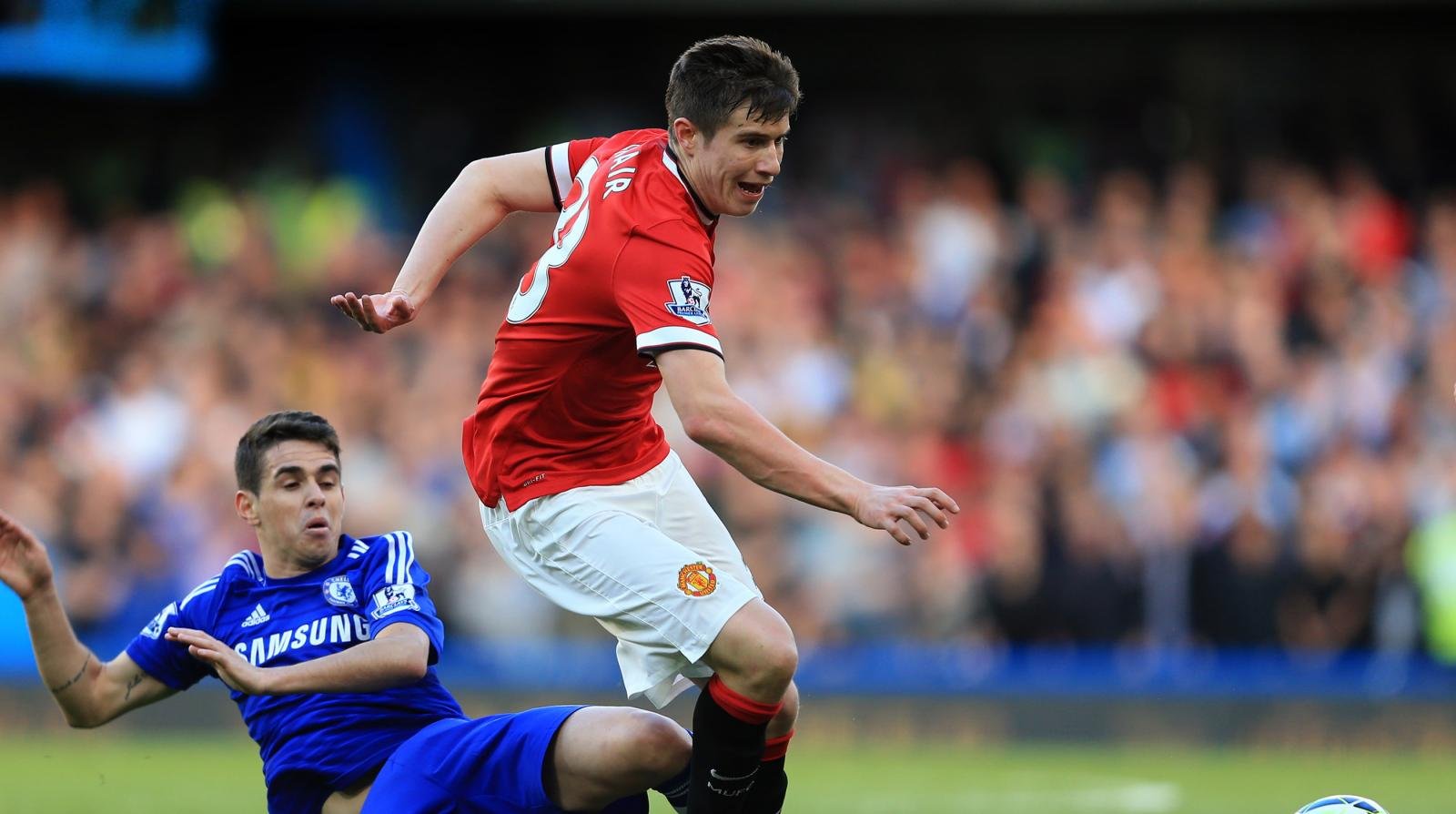 Currently fifth in the Premier League, out of the Champions League and the League Cup, it’s safe to say Manchester United’s season hasn’t gone exactly to plan.

However, despite inconsistency and a lack of goals on the pitch, one aspect the Red Devils do have going for them is their defensive record.

When Louis van Gaal was appointed, one of his main aims was to tighten up what was an incredibly leaky defence under David Moyes.

And although he’s had his critics, LvG has helped Chris Smalling step up his game to become one of the best centre-backs in the league, and he has given an opportunity to a few promising youngsters, including Paddy McNair.

Here we take a closer look at the versatile Northern Irishman…..

Manchester United have always had versatile players, and Paddy McNair is no exception. The young Northern Irishman started out as a midfielder, however he was converted into a defender in United’s youth team. McNair’s preferred position is centre-back but he has shown he is comfortable playing at right-back for Northern Ireland and has occasionally played in that position for United. He likes to venture forward to create chances and even try a long range shot, something he regularly did playing as a midfielder at youth level.

When did he make a name for himself?

McNair was first discovered when he was 12 by a Northern Ireland-based scout working for United. He was playing for Ballyclare Colts at the time and he trained with the Red Devils during the school holidays. McNair was thrown in at the deep end early on in his career, making his debut in September 2014 against West Ham. He started in the 2-1 victory due to an injury crisis and received praise from fans and manager Louis van Gaal for his performance, which included a vital headed clearance inside his own box. McNair kept his place in the starting line-up against Everton – another 2-1 victory. His impressive performances earned him his first call-up to the Northern Ireland senior team on November 4 2014 and he made his debut the following March against Scotland.

The Northern Ireland international has the potential to become an ever-present in United’s defence. After McNair started in United’s FA Cup 3-0 victory over Cambridge United, Van Gaal publicly praised him for his solid performance, claiming he could establish himself as the next Gary Neville, while United youth coach Paul McGuiness has often compared McNair to Michael Carrick, due to his experience in midfield. In February 2015, McNair signed a new contract which would keep him at the club until June 2017 before then helping Northern Ireland qualify for the 2016 European Championships with convincing performances against the Faroe Islands and Greece at right-back.

What are his best attributes?

McNair is comfortable in possession, good under pressure and very versatile. He is also a ball-playing defender capable of making effective long-range passes. His effective technical skill is an attribute LvG likes his defenders to have, giving them the ability to play their way out from the back to start an attack. McNair also developed a reputation of scoring long-range goals during his time in United’s youth team.

What could hold him back?

Playing at United, there will always be competition for places. Louis van Gaal likes to have a consistent centre-back pairing so when McNair gets his chance, he needs to produce a performance in order to stake his claim for a starting position. If United buy another centre-back it will provide more competition for places, however McNair has the talent and mentality to be part of the first-team squad for a long time.