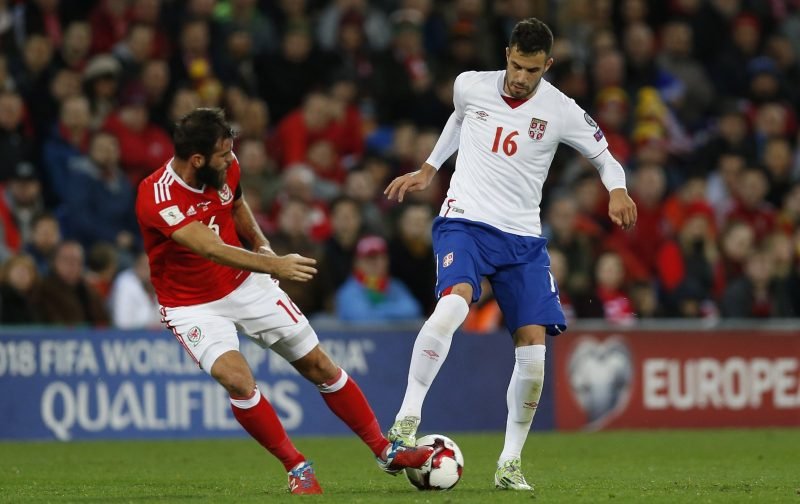 Sam Allardyce will kick off a day of frantic transfer activity by signing Luka Milivojevic from Olympiacos.

According to a report in The Daily Mail the midfielder is heading for Selhurst Park after the two clubs agreed a £12m deal.

Milivojevic can play in any midfield position and has scored eight goals this season despite playing in a deep role.

Allardyce has spread his net far and wide to bring in new faces but has struggled to make progress with Everton refusing to discuss the transfer of James McCarthy.

On Monday Palace managed to complete the signing of Patrick van Aanholt from Sunderland in a £14m deal with some reports claiming that there could be four new faces at Palace today.

As soon as the transfer window closes Allardyce will make a decision on whether to offer deals to Martin Caceres and Christopher Samba who have been training with the club and are available as free agents.