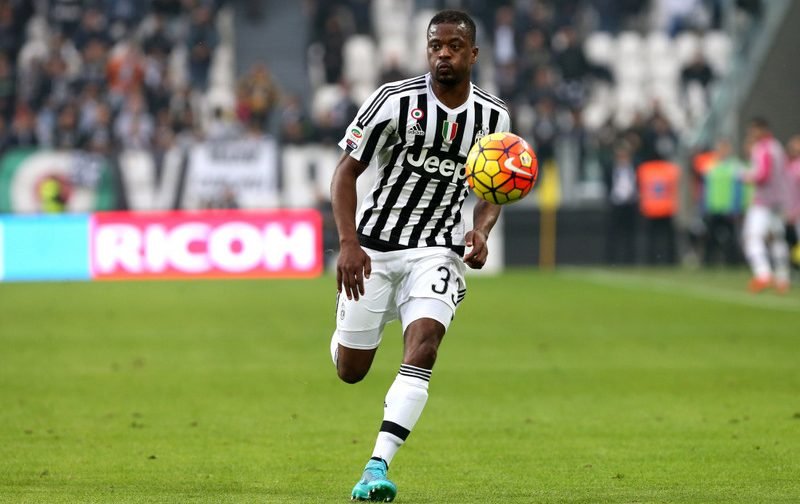 The Premier League side, who have won their last six top-flight fixtures in a row after defeating West Ham United 2-0 on Monday night, sold the left-back to Juventus back in July 2014 in a deal worth up to £1.5m.

The 35-year-old, who has 81 international caps for his country and starred for France at Euro 2016 last summer, has made 13 appearances in all competitions for the defending Serie A champions so far this season.

Evra, who joined The Red Devils back in January 2006 following his switch from Ligue 1 outfit AS Monaco, scored 10 goals in 379 games for United.

The report suggests that the Frenchman is open to a return to The Theatre of Dreams during the current January transfer window, having been restricted to the substitutes bench for most of the 2016-17 campaign in Turin.

The defender won five Premier League titles, three League Cups, the Champions League and the Club World Cup at United under Sir Alex Ferguson, and has since lifted two Serie A titles, two TIM Cups and the Supercoppa Italiana with Juve.