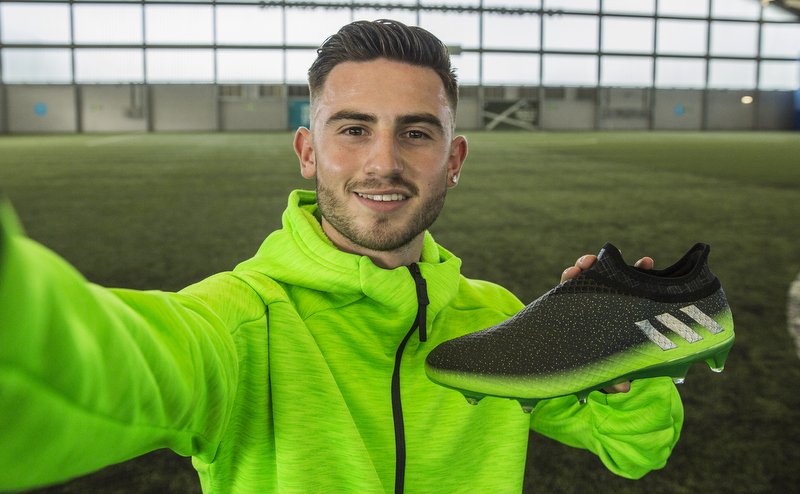 Is there a better sight in football than a speedy winger, taking the full-back on, cutting in and having a go? To me, it’s a sight that’s rarely beaten.

Let’s talk Patrick Roberts, the 19-year-old England starlet on-loan at Celtic from Manchester City. He’s admired by the world’s best in Lionel Messi, he even models his game on the Argentinian and so far, is carving his way through defences up in Scotland.

But for the “English Messi”, who signed for the Citizens in 2015 for £12m, comes a chance to shine in a Pep Guardiola team.

His loan spell from the past year suggests that Hoops fans are desperate for Brendan Rodgers to sign him up on a permanent contract. There’s no doubt he’s a gem of a youngster, that’s why he’s a City? Right?

Well, the question to ask is, will he be given the chance to make a mark on the big stage with the two-time Premier League champions?

The Manchester City way seems to have very much been letting the ball do the work over the past couple of years. I mean it’s worked, hasn’t it? Trophy after trophy, we’ve seen classy players such as David Silva, Kevin De Bruyne and glimpses of Samir Nasri over the seasons but for the most part we’ve seen them occupying the flanks.

Not to take anything away from these players but City, for sure, have lacked that cutting edge pace and flair on the wings.

Those players have had to grace the wide areas due to too many inept wingers that were purchased such as Jesus Navas and Scott Sinclair, who quite frankly struggle to beat their man and even cross a road, never mind a ball. Patrick Roberts offers that flair, that energy, that excitement based on the evidence given so far.

You only have to look at his impressive display against his parent club in the Champions League group stages, leaving Gael Clichy for dead and doing what seems to be his trademark finish, of jinking his way inside and finding the far corner.

It’s the way in which he dribbles. It’s so fluent, he runs with such a low centre of gravity, such close control. Just think, if this boy was at Liverpool and had the chance Raheem Sterling had, how much would he have been worth?

It’s a challenge to think of another English player (including City’s Sterling) who runs with such positivity, directly at the defender’s feet, it’s similar to the few players who can produce that level of dribbling in Lionel Messi, Arjen Robben, Eden Hazard and Anthony Martial in full flow.

It’s been a few years since the early days of Wayne Rooney in which an English player has that ‘street footballer’ portrayal about him, every time you watch Roberts, he excites, he gets you on the edge of your seat.

He’s that type of winger who can make the left back play twister from minute one. You sit there watching him and there’s a sense of inevitability about him that you just know he’s going to beat his marker.

Yes there comes that risk of the Premier League and we know he’s not had much experience in it. The most physically demanding league in world football and whether Roberts can handle that being his stature and the aspect of working without the ball is questionable.

But in a league where the lower teams will kick the shreds out of you, Roberts has put his talent into practice. Even if the former Fulham man is on the bench, which he has been more this season under Rodgers, he comes on for the last 15 minutes and sets two goals up against Albion Rovers or almost providing a second against St Johnstone, it’s the way in which he’s so directly involved in every attack.

He strutted his stuff last season, scoring six goals and providing two assists in 13 games but hasn’t started as regularly under Rodgers this season providing four goals and seven assists in 30 games he’s been involved in. Not a bad return. ten goals and nine assists in 43 games isn’t too shabby for a right midfielder, in fact, more goals than Jesus Navas has managed in his entire City career since 2013.

Young Patrick should be given his chance next season at the Sky Blues. A kid of his ability can’t go unnoticed. There’s a reason City bought him.