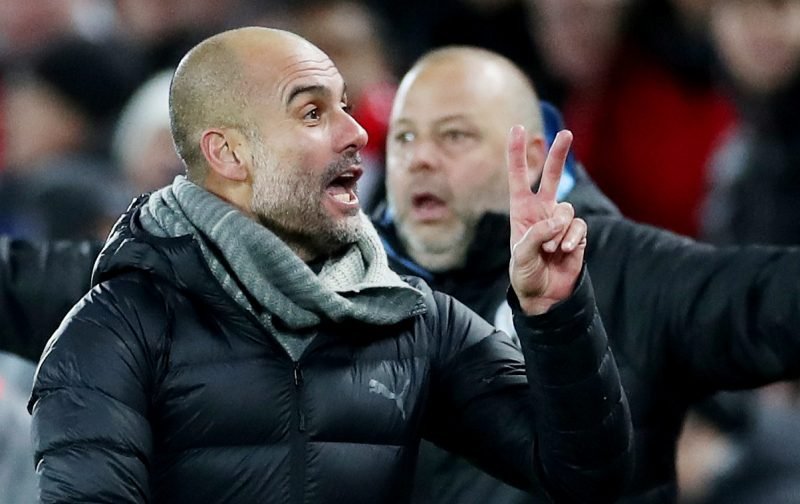 Manchester City lost 3-1 away to Liverpool at Anfield earlier this afternoon, in the much-anticipated top of the table Premier League clash.

The Reds flew out the blocks taking an early 2-0 lead, before eventually adding a third before the hour, leaving Bernado Silva’s late strike just a consolation.

Liverpool’s goal through Brazilian Fabinho was rich with controversy, due to Liverpool defender Trent Alexander-Arnold clearly handling the ball in the defensive penalty area. 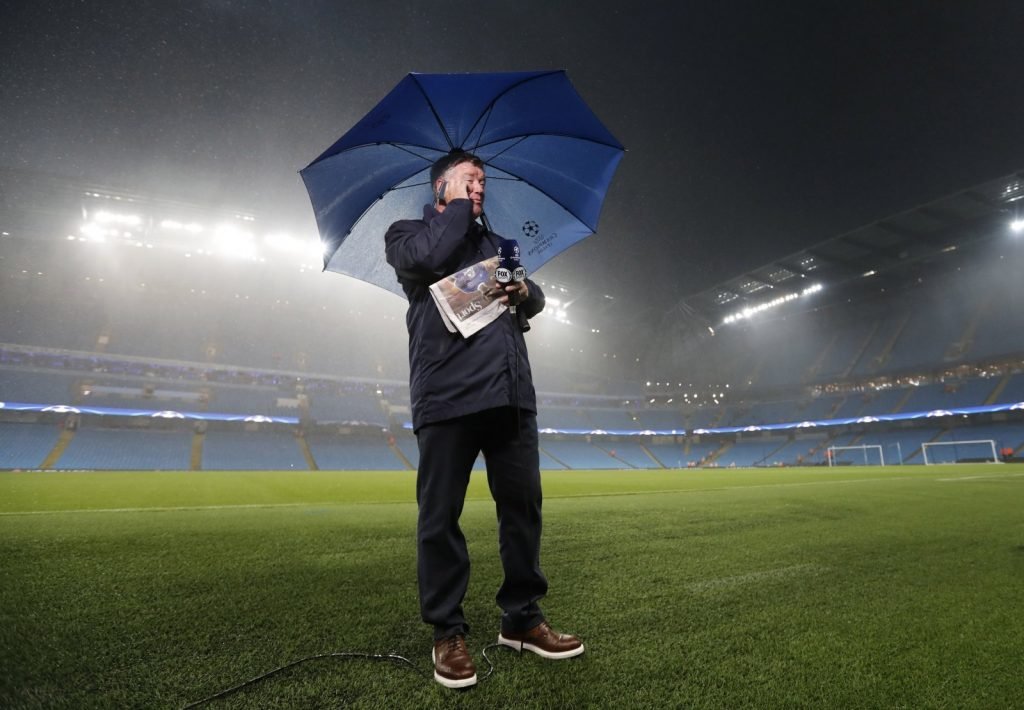 Sky Sports pundit Geoff Shreeves caught in a storm from Pep and his staff.

Much to City’s dismay the goal was allowed to stand through VAR, a moment which sparked the rage from Pep and his staff at half time.

“His entire backroom staff surrounded us at half-time to ask ‘Why wasn’t it given?’. To say they are unimpressed is an understatement.”

Manchester City now sit in fourth place and nine points behind league rivals Liverpool, leaving the Anfield side firm favourites for their first title in 29 years.