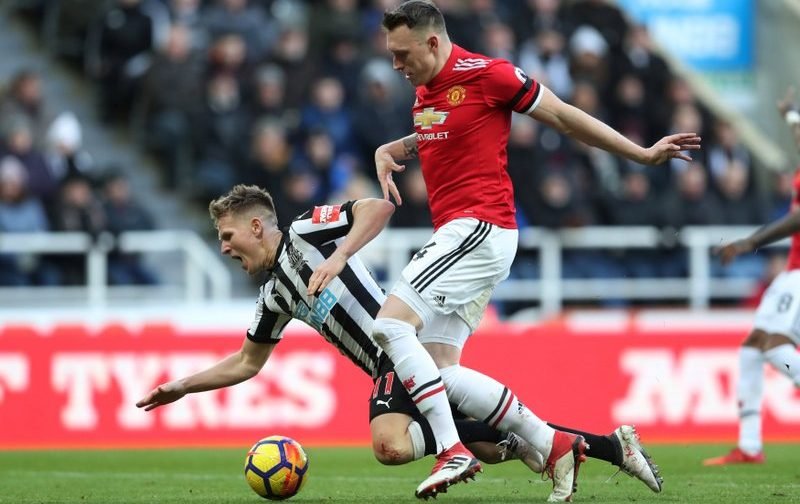 Phil Jones offered Premier League lifeline with summer switch to Newcastle United, according to The Mirror.

The former England international has fallen down the pecking order at United, with fellow centre backs Harry Maguire, Victor Lindelof and Eric Bailly all preferred.

Adding to the mix is on-loan Chris Smalling, who has had a fantastic season in Serie A with AS Roma and could yet return to the Red Devils in the summer.

Despite handing their man Jones a new long-term contract a year ago, United are willing to listen to offers for the versatile defender, with a fee of £12million being mentioned.

Jones has been a long-term sufferer of injuries and has struggled for regular game time at the club. That has worsened this season, with just eight appearances to his name.

However, the Mirror have reported that Steve Bruce and Newcastle United could come in for the 28-year-old in the summer and United would consider offers.