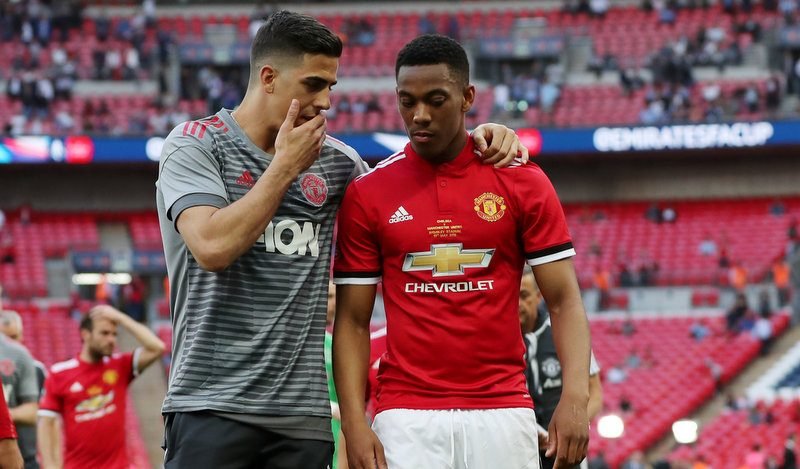 The 22-year-old, who missed out on his country’s 2018 World Cup squad for this summer’s tournament in Russia, joined the Premier League club back in September 2015 following his initial £36m transfer from AS Monaco.

Martial, who has 18 international caps for France, scored 11 goals and provided nine assists in 45 appearances in all competitions for The Reds Devils during the 2017-18 season.

Overall, he has netted 36 times in 136 games, assisting a further 26 strikes.

However, the player’s agent, Philippe Lamboley, admitted the “time has come” for his client to move on, despite United wanting to extend his contract at Old Trafford.

The parties have been in talks for several months, but have failed to reach an agreement. 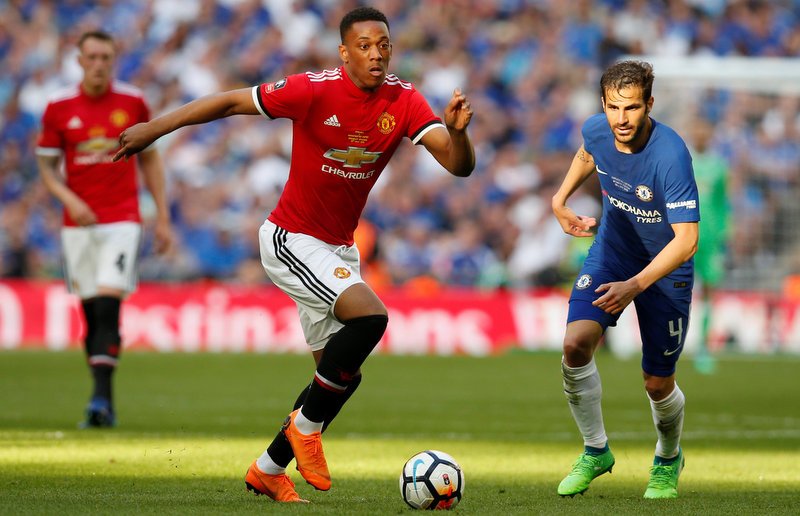 Manchester United’s Anthony Martial in action against Chelsea in the 2018 FA Cup final.

Lamboley told RMC Sport, “After thinking about all the factors and possibilities, Anthony wants to leave Manchester United.

“There are lots of factors, and right now it’s too early to talk about them.

“I think that when United, the most powerful club in the world, do not find an agreement after eight months of negotiations then they do not really want to keep such an important player in their squad.

“That’s why this decision has come – it’s a well-thought-out decision.

“Everyone will have their opinion but I think he needs to resume his career. The time has come.”

Martial is contracted at Manchester United until June 2019, and is valued at £58.5m.