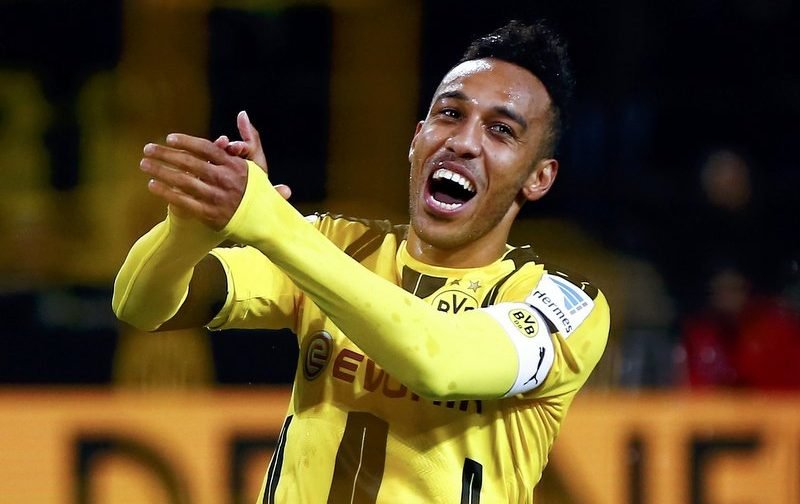 Pierre-Emerick Aubameyang admits he doesn’t think a reunion with Liverpool manager Jurgen Klopp will happen, according to ESPN.

The Premier League side, who currently sit third in the English top-flight standings after drawing 0-0 at rivals Manchester United last Sunday, have been continuously linked with a mega-money move for Borussia Dortmund’s star striker.

The 27-year-old, who is currently on international duty with Gabon at the 2017 Africa Cup of Nations, has scored 20 goals and provided four assists in 22 appearances in all competitions for the Bundesliga outfit so far this season.

Aubameyang, who insists he will stay with the German club until at least the summer, is also said to be attracting interest from Premier League rivals Manchester City, Ligue 1 defending champions Paris Saint-Germain and La Liga giants Real Madrid too.

However, when asked about whether a possible reunion with Reds boss Klopp was on the cards, the Gabon ace told Fussball Bild, “I don’t think that’ll happen.”