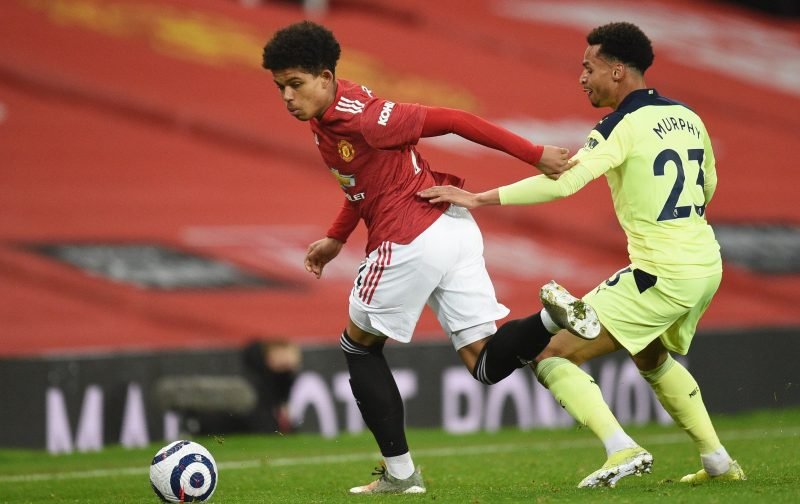 It now looks all but inevitable that Manchester City will go on to win a fifth Premier League title in May, with Pep Guardiola’s side extending their lead to 10 points with a 1-0 victory over Arsenal on Sunday.

Raheem Sterling’s goal was enough to give City the three points and extend their winning run to 18 consecutive wins across all competitions.

A 2-0 victory for Leicester over Aston Villa saw the Foxes leapfrog Manchester United into second, however the Red Devils moved back above Leicester after a 3-1 victory over a lacklustre Newcastle United on Sunday evening.

Goals from Marcus Rashford, Dan James and Bruno Fernandes were enough to give United victory against a Newcastle side threatened, albeit briefly, to deny United victory after Allan Saint-Maximin’s equaliser.

Here’s our player ratings from the match at Old Trafford are below.

Perhaps a busier evening for the ‘keeper than many would have expected. Forced into some strong saves and will be disappointed not to have kept a clean sheet.

Not his usual unbeatable self at right-back, with Saint-Maximin causing him problems all evening. No major mistakes of note but certainly not his best performance in a United shirt.

Looked nervy at times and failed to make any real impact on the game. Not a bad performance from the Swede, but no positives to take note of.

A shaky performance all round from the captain. At fault for Saint-Maximin’s goal after heading the ball back into play, then wasted two half chances from corners at the other end.

The best performance of any of the back four. Looked to get forward regularly and was involved in good link up play with Rashford ahead of him.

Very average performance. Struggled to have any real impact on the game and wasted opportunities by shooting from distance, something which is clearly not one of his better attributes.

A solid performance from the defensive midfielder, who anchored the surprisingly defensive United midfield. Made the most of United’s dominance in possession and controlled the play well.

Made match winning contributions as he scored a dubious penalty and set up James’ goal despite being far from his usual talismanic self.

Took his goal very well to break the deadlock and won the penalty to kill the game off, albeit cheaply. One of United’s star performers. 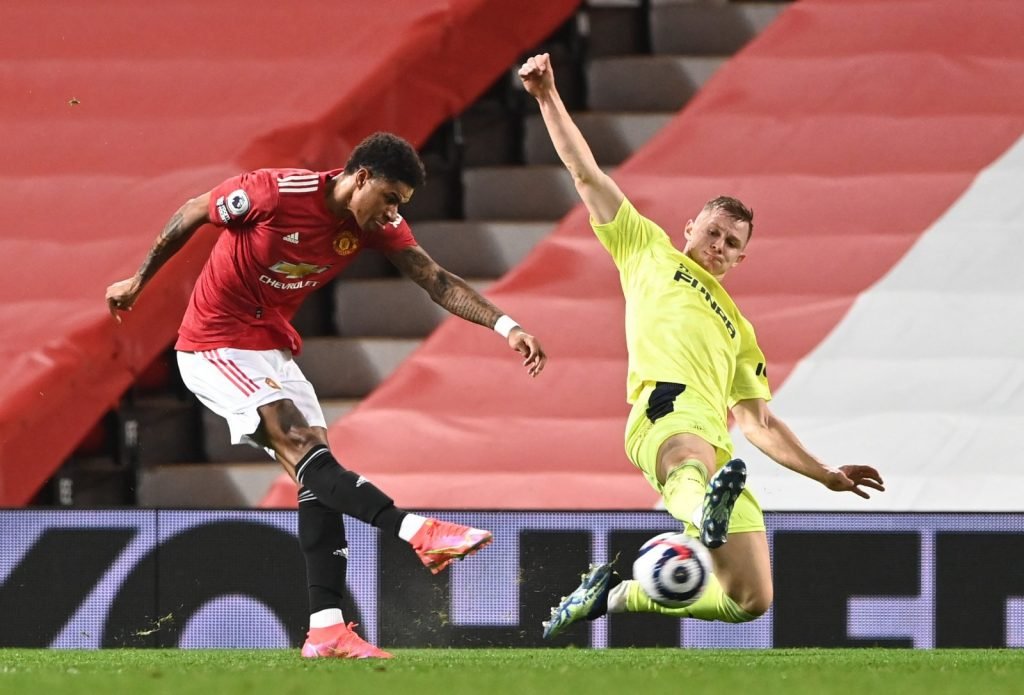 Edges Rashford as Man of the Match. Scored the goal that put United back in front and showed great energy levels throughout.

A poor performance from the Frenchman, who has now scored just once in eight league games. Offered very little and was replaced by Mason Greenwood, who injected more vigour into United’s attack.

A good performance from the bench, integrating into United’s attack easily and linking well with Rashford.

Introduced for final few minutes on his return from injury.

Brought on for his debut with just a minute left of normal time.